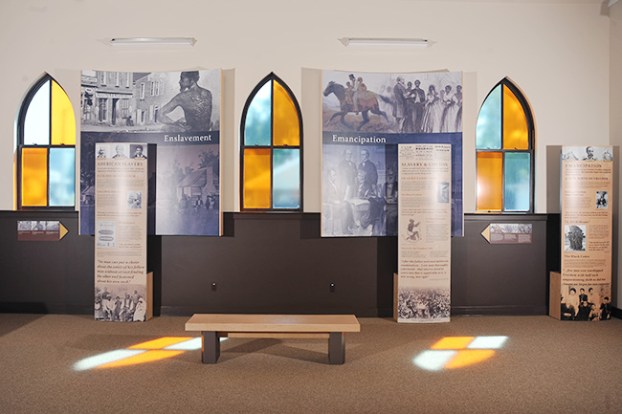 The Burns-Belfry Museum and Multicultural Center, in Oxford, Miss. on Tuesday, September 17, 2013, has been awarded $20,000 to use to expand its exhibits at the museum.

The Oxford Board of Aldermen voted to accept a grant from the North Mississippi Hills National Heritage Area to help complete phase two of the Burns Belfry museum.

The $20,000 grant will go toward the museum’s goal of collecting cultural information and displaying it in an almost entirely digital format. Jim Pryor, chairman of the Historic Properties Commission, said the second phase will add more of a localized element to the museum.

“What you see in the building today is a more generic history of African-American life, going all the way from slavery, emancipation, Jim Crow, schools, church and civil rights,” Pryor said. “It’s more generic, and there was some Oxford-Lafayette County flavor to it, but it wasn’t very much. Phase two is going to complete that collection inside, and it’s going to bring in more of an Oxford-Lafayette County history of the African-American experience.”

In addition to the grant, the museum will also receive funding from the city of Oxford, as well as raising $20,000 to $30,000 on their own. The grant stipulates that the project be completed by the end of 2019, but Pryor said he hopes it will be complete long before that.

In addition to completing the indoor exhibits, adding video screens and more ways to access cultural materials digitally, the project also includes completion of the auxiliary building, located in the museum’s parking lot. The auxiliary building will be a place where people can bring their family photos, documents detailing their family tree or home videos to be uploaded into the museum’s database.

The museum’s digital-first format is modeled after Crossroads of Freedom at Rhodes College in Memphis, Pryor said. Not only does it save space – it also helps keep audiences engaged, he said.

“There’s so much cultural history, just putting up the pictures of Oxford over time would take a lot of space,” he said. “Other than the African-American core collection, which is going to be pictures and reader rails, on each wall will be two screens that will be able to call up pictures and artifacts, histories of certain things.”

When the project is completed, Pryor said the goal is to provide guests with both materials at the museum and in an online database they can access anywhere.