At an age when most little girls around her were hosting tea parties for their Barbie Dolls, Kristina Stancil was doing book reports on serial killers.

Stancil’s lifelong fascination with crime and the reasons people do it has paid off in the form of her new book, “North Mississippi Murder & Mayhem.” The book tells the stories of some of Mississippi’s most notorious killers, beginning in the 1700s and going into the 20th Century.

“I had planned to write a book called ‘The Devil Came to New Orleans,’ about crimes that occurred there, primarily hate crimes,” Stancil said. “The original editor I  spoke with said it would be hard for me to travel back and forth from North Mississippi, where I live, to New Orleans. So I started researching murderers in North Mississippi.”

The book begins with the story of the Harpe Brothers, a set of cousins who terrorized people along the Natchez Trace in the late 1700s. Recognized as America’s first serial killers, the Harpes brutally murdered as many as 50 people, possibly more, and were part of a gang that spawned other serial killers.

After telling the grisly story of the Harpe Brothers, Stancil’s book moves on to detail the story of William Clark Falkner, great-grandfather of Oxford’s favorite son, William Faulkner. Falkner was a politician in Reconstruction-era Ripley, Miss. Legend says he was killed in a duel, but Stancil said she has her doubts. In many of Faulkner’s writings, the character of the “old colonel” is based on his great-grandfather.

“They believe he was killed by a former business partner,” Stancil said. “This was not the first time he’d been in a duel. But he had just been elected to state legislature, and he was murdered in the streets of Ripley. The only reason they couldn’t convict the business partner was because, at the time, they would have found him not guilty because Falkner was facing him when he shot.”

The third person profiled in “North Mississippi Murder and Mayhem” is Samuel Bowers, a Mississippi Klan member who tried to start a national race war by orchestrating the Freedom Summer murders and the Ole Miss Riot.

The decision to include Bowers is one Stancil said illustrates the word “Mayhem” in her book’s title.

“As the leader and founder of the radical version of the Ku Klux Klan, Bowers incited two major incidents in Mississippi history,” she said. “When I was doing my research, one writer compared Bowers to Charles Manson about wanting to start a national race war.”

Stancil, who is currently studying at Loyola University to be a criminologist, said several journalists and authors inspire her work, including Therese Appel and Jerry Mitchell of the Clarion Ledger, James Meredith, William Faulkner and Stephen King. She is also a regular contributor for Serial Killer Magazine, Halloween Haunts, the National Horror Association and Houma Courier.

Her first motivation, however, came from her friend Taylor, she said. After Stancil couldn’t fulfill her dream of being a police officer along with her friends, she said she was still looking for an outlet to express herself and still be involved in crime investigation.

“I was really depressed, I started having migraines. I was on my way to work at Papa John’s one day, and I was like, ‘I can’t do it,’” she said. “And he goes, ‘So all the writing you do doesn’t account for anything? There’s other things you can do besides being a patrol deputy.’”

That comment got her thinking about some of her favorite TV characters, Stancil said, like Spencer Reid on “Criminal Minds.” Realizing there was an opportunity to use her writing to follow her dream of working in the criminal justice field, Stancil started writing again.

In addition to “North Mississippi Murder & Mayhem,” Stancil has written 11 other novels and children’s books. Her most recent publication is her first venture into the world of long form nonfiction, and it’s one Stancil said has paid off, with Amazon already placing an order for a second shipment.

Kristina Stancil will be at Off Square Books on Tuesday, June 19 at 5 p.m. for a book reading and signing. 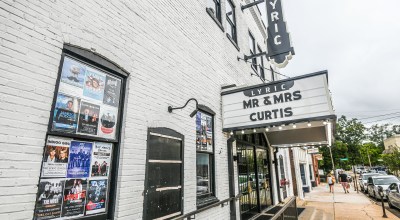