Emily Blount, owner of Saint Leo restaurant on the Square, has been selected for a fellowship at the James Beard Foundation’s 2018 Women’s Entrepreneurial Leadership Program.

Twenty women from around the country who are making a name for themselves will be attending the WEL program, which will be held Sept. 23 through 28 at Babson College in Wellesley, Mass. Blount said being included among such an inspiring group of female restaurateurs is an honor.

“I saw the list of women who were accepted, and some I knew off the bat, but others I started researching,” Blount said. “I’m super excited to be included and I can’t wait to get to know these people and share stories and insights into being a working woman in this space.”

Developed with and hosted at Babson College, the Women’s Entrepreneurial Leadership program is targeted to female chefs and owners of at least one restaurant or food business. The WEL curriculum addresses advanced business and finance concerns related to entrepreneurship and expansion, while also providing gender-specific training and leadership development.

In addition to the Babson College curriculum, the WEL program administers a group of mentors who agree to provide expertise and career development support to the participants on an ongoing basis once they leave the program. Events, meetings and webinars are held throughout the year, which are designed to grow the network of women leaders across the country.

“The Foundation is deeply committed to supporting parity for women in the culinary industry,” Clare Reichenbach, chief executive officer of the James Beard Foundation, said in a recent news release. “What’s unique about the Women’s Entrepreneurial Leadership program is its focus on mentoring established female chefs and restaurateurs seeking to scale and advance their business. We believe that having more women at the helm is key to shifting the restaurant culture to a place where all can thrive. We look forward to working with our newest class of WEL fellows to realize their visions – and ours – for a stronger industry and community.”

Part of expanding her reach into the LOU community, Blount said, is a new venture Saint Leo will embark on in coming months. In part of the space on East Jackson Avenue that once housed the EAGLE offices, Blount and her team will be opening a mid-size event space and expanding their production kitchen.

The new space will house Saint Leo’s bread and ice cream productions, as well as charcuterie. However, its primary purpose will be hosting private events such as rehearsal dinners, business meetings and birthday parties for crowds of about 150 people.

Given Saint Leo’s success in recent years, Blount said her business and others founded by women can only get better as more people realize their value.

“I think that the whole industry and the whole space which has been powered largely by men, as almost all business has, can only stand to get better, thrive, be more inclusive and diverse and therefore more fulfilling when there are more women at the helm,” Blount said. “That’s the cool part of it all.” 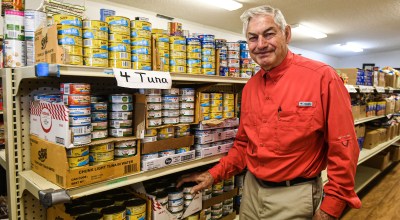 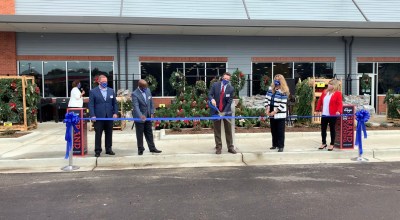 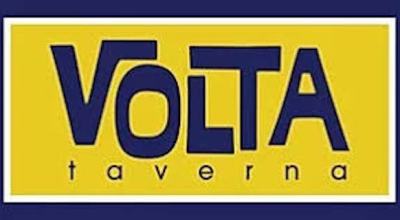