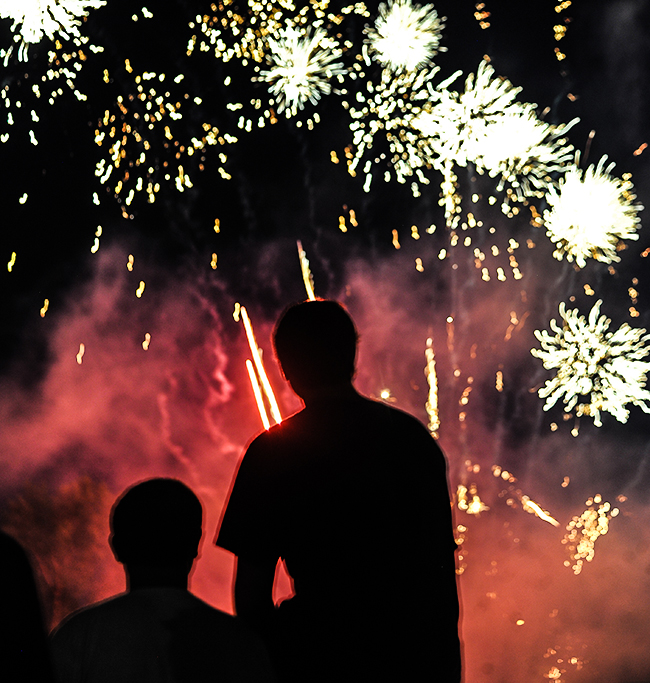 The Lafayette County Board of Supervisors has taken steps to regulate the use of commercial-grade fireworks during the late night hours.

The Lafayette County Board of Supervisors has taken steps to regulate the use of commercial-grade fireworks during the late night hours.

“I’ve had a lot of complaints, and I’m not going to use names right now, about some wedding venues that are starting to shoot commercial fireworks at 10 p.m. or later,” Busby said. “It’s disturbing a lot of the surrounding neighbors and affecting their privacy.”

To prevent further issues, Busby said he asked county attorney David O’Donnell to draft a proposed ordinance regulating the use, possession and display of Class B fireworks within the unincorporated area of Lafayette County. Class B fireworks are considered “display” fireworks, or those of commercial quality, and are typically used for exhibition purposes.

The proposed ordinance would require those wishing to use Class B fireworks to obtain a $100 permit at least 21 days in advance of the event. The fireworks would only be allowed during the hours of noon to 9 p.m., Monday through Saturday. The only exceptions to the Class B fireworks curfew would be the Fourth of July and New Year’s Eve.

Once a permit is applied for, the Fire Coordinator will review it and recommend it for approval by the board of supervisors. The applicant must also present proof of general liability or accident insurance or bond in the amount of $100,000 covering liability exposure for the fireworks display event.

Those who violate the ordinance, should it pass, will be guilty of a misdemeanor and fined no more than $1,000 or imprisoned up to 30 days, or both.

One thing Busby said he wishes to make abundantly clear is that the proposed ordinance does not place restrictions on Class C, or consumer, fireworks, which include Roman candles, sparklers, bottle rockets and other items traditionally purchased from a fireworks stand.

“This in no way has anything to do with little Johnny and Suzy shooting bottle rockets or firecrackers or Roman candles,” he said. “It’s not going to affect Fourth of July, it’s not going to affect New Year’s Eve, your everyday fireworks. You can shoot them all day long. But these commercial types, like you have on the Fourth of July at the university and stuff, doing those late on a weeknight or the weekend is what I’m trying to alleviate.”

A public hearing regarding the fireworks ordinance will be held during the supervisor’s next meeting on July 2 at 5 p.m. in the Chancery Building.

Oxonians inducted into School of Education Alumni Hall of…