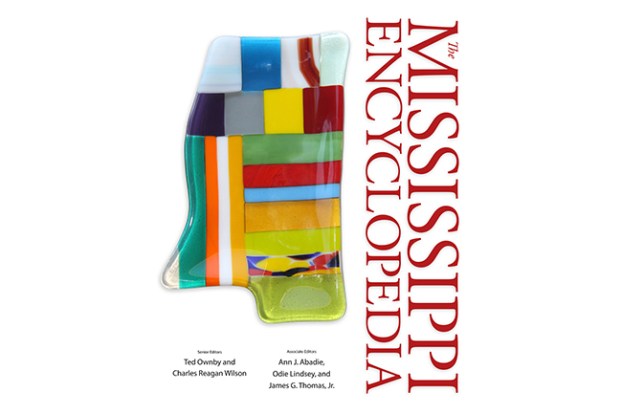 The Mississippi Encyclopedia officially launched on a new online platform this week.

While the text version of the encyclopedia was released in May 2017, the new online version was designed to be a more accessible way for people to learn valuable information, according to James G. Thomas, who contributed to the book and helped adapt the text for the internet.

The print edition of the Mississippi Encyclopedia is a nine-pound, 1,495 page bound volume, boasting nearly 700 different authors. The project began at the University of Mississippi’s Center for the Study of Southern Culture in 2003, and is a comprehensive history of all subjects relating to the Magnolia State. Prior to its publication, the last time an encyclopedia of Mississippi was published was 1907.

Ted Ownby, director of the Center for the Study of Southern Culture, said that while he regularly uses the print encyclopedia for his classes, the online version has its advantages.

“In terms of accessibility, the book itself is large and heavy and not transportable. So, we wanted something people could use in classrooms or as tourists, the way people use the internet now,” Ownby said. “The online version is something we can update and improve and correct. We’ll be able to add new entries and we’ve already found things to update and correct.”

Another advantage of the online encyclopedia, Ownby said, is its search feature. For example, if one was to search a broad topic like “Ole Miss,” there are sub-topics related to the university that would also come up. Visitors to the website will be able to discover facts about Mississippi that go beyond their original search, something Ownby said adds to its educational value.

“In Lafayette County in particular, there’s a large group of scholars who wanted to make sure we get the story of William Faulkner, his work and his life, told really well,” Ownby said. “That group of scholars helped us kind of broaden out beyond Faulkner and his work, to family members and influences and other writers.”

In addition to the encyclopedia itself, the website also features 13 short films published by the Center for the Study of Southern Culture. The purpose of the videos, according to Thomas, is to immerse visitors to the website in the topic they’re researching.

“There’s a tab at the top that says ‘videos,’ and we’ve attached short films, like the one about Jere Allen, who’s a painter in Oxford,” Thomas said. “That’s something you can’t do with a book, and we’re continuing to add those. The encyclopedia content is free, it’s all-inclusive, and it does a great job of representing all of us in the state.”

Oxonians inducted into School of Education Alumni Hall of Fame

Three Oxonians are among the University of Mississippi School of Education’s fourth class of its Alumni Hall of Fame. Thomas... read more