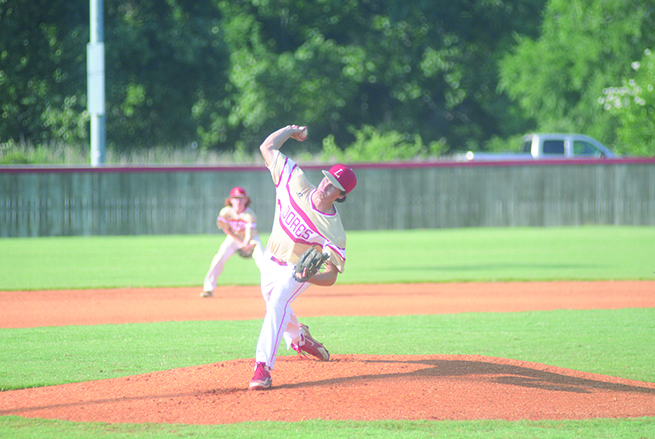 BATESVILLE — Summer baseball is winding down and with that comes the annual Northeast Mississippi Coaches Association for Better Baseball (NEMCABB) tournament. The tournament officially closes the door on high school team’s baseball seasons, which started back in February.

Starting on Wednesday and ending today, teams play in regionals across north Mississippi to determine seeding for the bracket portion of the tournament that takes place at New Albany’s BNA Park, beginning Monday.

South Panola hosted New Albany and Lafayette in the Batesville Regional on Thursday. The afternoon started off on the wrong foot for the Commodores but by day’s end they were feeling better about things ahead of next week. South Panola won both of their games to be the No. 1 seed out of the regional but due to a possible schedule issue, Lafayette could switch with the Tigers. If they become the top seed they will play at noon on Tuesday.

Lafayette split their pair of games with a 9-2 loss to South Panola before ending their doubleheader with a 7-1 win over New Albany. NEMCABB games are five innings in length as opposed to seven innings during the normal baseball season.

“The tale of two games was we threw strikes in the second game and we didn’t throw strikes in the first game,” Lafayette coach John Walker said. “Competed a little more in (the New Albany) game and didn’t really compete in the first game. If we’re going to be the type of team that we’re capable of being, we’ve got to be as competitive as we possible can be everyday and in game one we weren’t like that at all.”

Needing a bounce-back performance on the mound after the loss to the Tigers just 30 minutes prior, Foster Westbrook gave Lafayette four solid innings of work against New Albany.

Westbrook gave up one run off four hits while striking out eight Bulldog batters. This summer has been a chance for Westbrook to show what kind of weapon he can be after being fully recovered from an injury he battled through all season.

“(Westbrook’s) healthy and he wasn’t healthy for us in the spring and it really hurt us,” Walker said. “He over-matched them with the fastball a little bit. Got a little tired and that happens when you’re working out in the mornings. …his secondary stuff was just OK for him. The fastball was kind of the dominant pitch of the day for him and he was good with it.”

Lafayette broke the game open with seven runs in the bottom of second inning, giving Westbrook a cushion to work with the rest of the game.