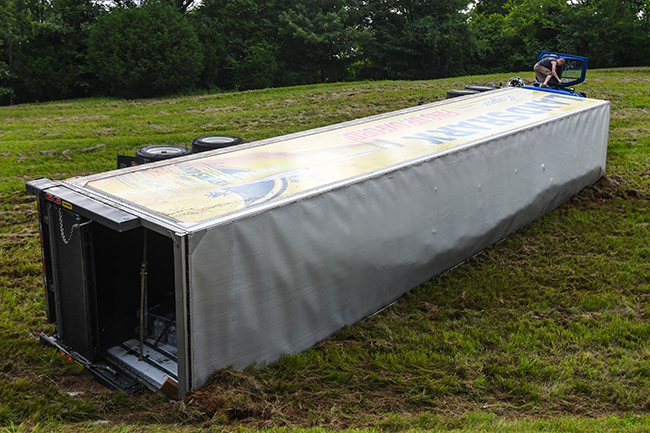 The driver of a beer truck retrieves items from the cab following a wreck on Highway 7 north of Oxford, Miss. on Wednesday, June 27, 2018.

The driver of a beer trucked walked away without injuries after a wreck in which his truck overturned on the east side of Highway 7  about 2.1 miles north of Industrial Park Drive, at approximately 7:15 a.m. on Wednesday.

A crew finished emptying the the truck of its beer cargo around 11:15 a.m. at which time wreckers began the task of removing the truck from the scene.