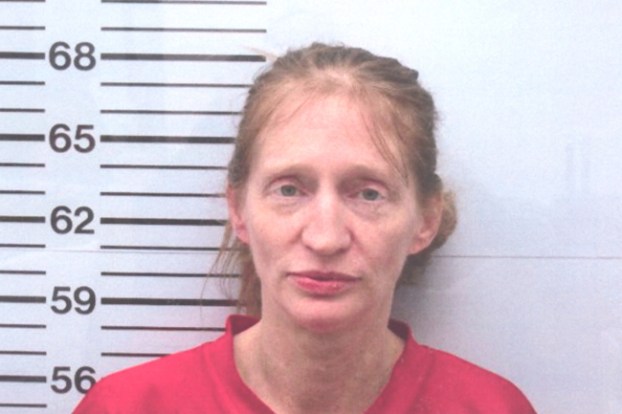 Residents of the Paris community can sleep soundly tonight following a string of residential burglaries this past weekend.

Karen Hynous, 54 of Paris, was arrested and charged with four counts of breaking and entering, as well as theft, after breaking into and stealing items from four homes, according to Lafayette County Sheriff’s Department chief investigator Alan Wilburn. The homes were located on County Road 485 and Highway 315, with another two on County Road 428.

“So it seems that they were good houses, but not being used at that particular time,” Wilburn said. “But still, if you break in a house, even if it’s unoccupied at the time, it’s still a felony.”

The items Hynous stole, he said, were small household items, including a coffee table – things that could’ve been consigned or sold in yard sale groups on Facebook.

According to state law, the punishment for breaking and entering is a prison sentence of three to 25 years.