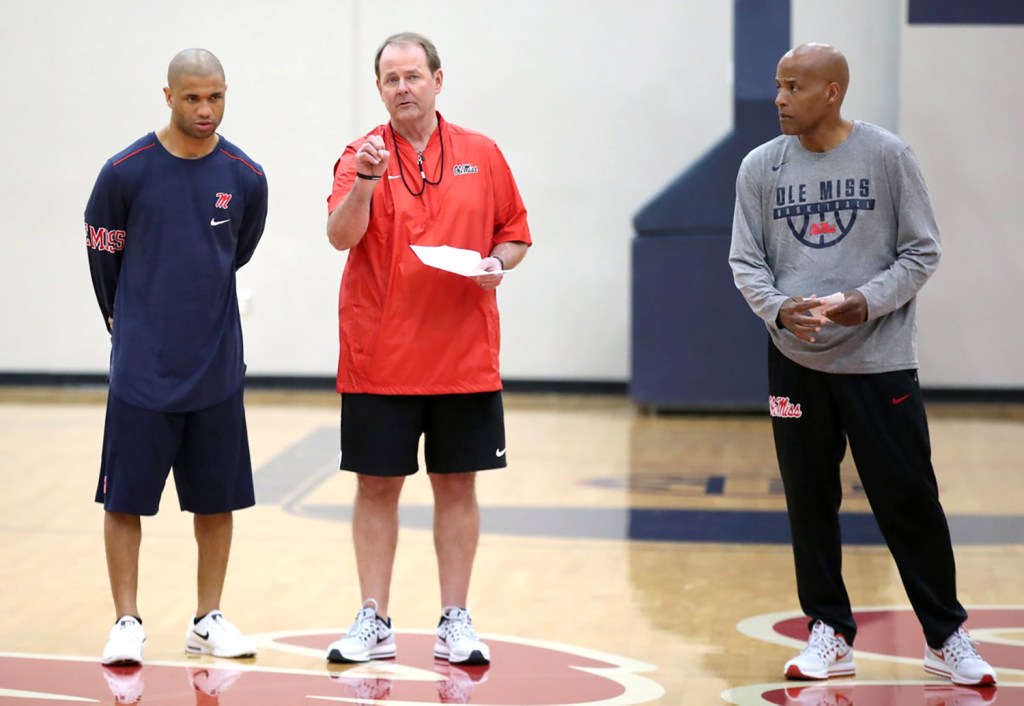 Kermit Davis’ first look at his team against someone other than itself will come across the border.

The NCAA allows college basketball teams to take a foreign tour every four years, and Ole Miss will take advantage this summer with a trip to Canada in August to test itself against some of the best teams the country has to offer. The Rebels will head out Aug. 4  and play two games in Montreal and two in Ottawa, including one against perennial collegiate power Carleton University, which has won 13 of the last 15 Canadian national championships.

With the trip comes 10 extra practices in addition to the four hours of on-court instruction allowed per week in the summer, sessions Davis said he’ll start using early next month once he’s got his entire team together. Davis said the timing of such a trip couldn’t be better with Davis and his staff still working to learn their team and vice versa three months after Davis was hired to replace Andy Kennedy, whose 12-year tenure ended with his resignation in February.

“I just think pace of play and tempo of practice is picking up,” Davis said. “How we’re going to guard (and) doing all the fundamental things. It’s going to be great for us to be able to work on some things with our offensive concepts, defensive concepts — what we think will fit, throw some things out and things we need to add. It’ll really advance your team for those November non-conference games.”

More than half of Ole Miss’ scholarship roster next season will be comprised of newcomers with incoming freshman Luis Rodriguez being the latest to make to campus, but the Rebels are still waiting on wing K.J. Buffen and point guard Franco Miller Jr. to arrive. Davis said both will be admitted Friday.

Once center Dominik Olejniczak returns from the FIBA World Cup European Qualifiers this week as a member of the Polish national team, Ole Miss will hold its first practice with everybody together July 5. Ole Miss has one scholarship available following the departures of Karlis Silins and Ilya Tyrtyshnik and is still recruiting to possibly fill that spot, Davis said.

As for the players back from last year’s team, Davis said they have provided leadership for the newcomers that are on campus starting with Breein Tyree and Terence Davis.

“Breein and T.D. are here about 6:15 every morning, and (incoming freshman) Blake (Hinson) is right with them,” Davis said. “They’re starting to bring more guys to the gym. You have to recreate your culture every single day, but I’m telling you one thing, I’m really, really impressed with Breein and T.D.”