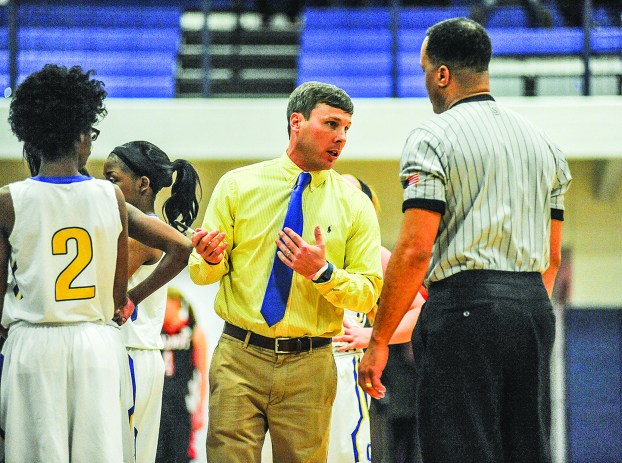 Oxford’s girls basketball team has used first-year coach Cliff Ormon’s defensive system to spark a run to Jackson for the first time in four years. The Chargers will take on Hattiesburg in the MHSAA Class 5A quarterfinals Friday.

The winds of change hit the Oxford girl’s basketball program this summer.

After three years as an assistant coach, and one season as the head coach of the junior high team, J.C. Hayles took a coaching position at West Union in May. The career move for Hayles left Oxford head coach Cliff Ormon scrambling to fill the void before the summer season began.

Turns out it was a quick fix with Oxford hiring Kelsie Beebe as Hayles’ replacement. Beebe’s hire became official at May’s Oxford School Board of Trustee’s meeting.

“(Beebe’s) stepped in and done a great job,” Ormon said. “Really hate to lose coach Hayles. He and I worked together previously. I know he’s a good coach and is going to do a good job at West Union, but we’re excited about what coach Beebe brings to Oxford.”

Beebe comes from South Panola after one season — she was at Oak Grove the year prior — and immediately jumped in with Ormon and his staff. Beebe’s first month with the Chargers has been full as she is also an assistant coach of the powerlifting team and coaches the middle school volleyball team.

Oxford moved to Class 6A this past year, putting them and South Panola in the same region. It allowed Beebe get get an idea of the team she would be joining.

“They are just incredibly hard workers,” Beebe said of her new team. “They just work hard and they show up to everything, summer workouts, all of them. You could tell last year they worked hard and now getting to know them personally, it’s true what I saw.”

During their first year in Mississippi’s highest level of high school athletics, Oxford struggled with a 4-24 record and did not pick up a win during Region 2-6A play. This June Ormon had his squad playing two varsity games every Wednesday along with three games on Mondays. The Chargers ended their summer with their final game this past Wednesday.

“Last season we knew we had to work a lot. We knew we had to improve our shooting,” Ormon said. “We saw some improvement there. …we’re still in the process of getting better everyday and I saw that everyday this summer. From our first summer game to our last there’s no doubt these girls have improved.”

As with every sport who plays during the summer there was never a game where Ormon had next season’s potential starting line-up fully at his disposal. Also with every sport the coach adapted and allowed some other players to showcase their talent in hopes of earning playing time when it counts.

“All teams are going to be missing players from time to time. That is expected,” Ormon said. “It can be a good thing for those are trying to earn a spot. Also again, players have to step up on those days and maybe do something different and learn another role. The summer, it’s all about the individual improvement.”

Ole Miss is stocking up on offensive linemen in its 2019 recruiting class. It continued Wednesday when the Rebels landed... read more