KNOW YOUR FOE: Texas Tech has plenty to replace in pass-happy offense 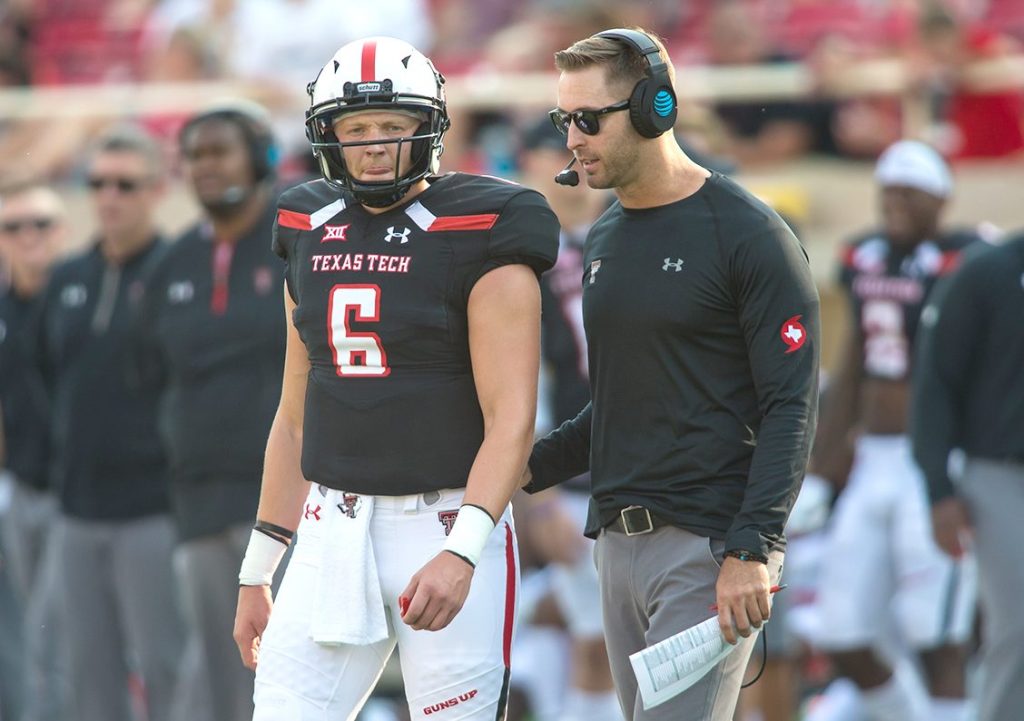 EDITOR’S NOTE: This is the first of a 12-part series breaking down each of Ole Miss’ football opponents for the 2018 season.

Ole Miss and Texas Tech are each coming off .500 seasons largely because of their inability to get stops despite having two of the more prolific offenses in the country.

That could make for a shootout in Texas come the first Saturday in September.

Matt Luke’s first game as the Rebels’ permanent coach will come in front of a national television audience with Ole Miss and Texas Tech set to open the season in the Advocare Kickoff at Houston’s NRG Stadium on Sept. 1 (11 a.m., ESPN). Both teams finished in the top 20 nationally in total offense and the top 40 in scoring, though the Red Raiders have to replace much of that production heading into former Tech quarterback Kliff Kingsbury’s seventh season at the helm.

It starts at quarterback, where the Red Raiders are looking for their third starter in as many seasons after Nic Shimonek paced the nation’s No. 9 passing offense in his final season of eligibility. The leading contender to replace him is junior left-hander McLane Carter, the only quarterback left on the roster with any starting experience, though sophomore Jett Duffey is also in the mix.

The competition will continue once fall camp starts with reportedly little separation between the two this spring. Carter played in four games last season, completing half of his 46 passes for 359 yards with two touchdowns and two interceptions, while Duffey played in just one game and attempted two passes.

Duffey was one of four Tech players suspended after being arrested following a disturbance at a nightclub in March, but the players were reinstated less than a week later after charges weren’t filed.

Whoever wins the job will have to find a new group of go-to receivers with the Red Raiders having to replace Houston Texans draft pick Keke Coutee and four other wideouts that have moved on to the NFL. Sophomore T.J. Vasher, who averaged a team-best 18.8 yards per catch, is the most experienced receiver left on the roster with 29 catches for 545 yards and six touchdowns last season.

Tech also has to replace leading rusher Justin Stockton, though the Red Raiders are a little more seasoned at running back as they try to keep defenses honest in their pass-happy offense. Seniors Tre King and Demarcus Felton are back after combining to rush for 725 yards and five scores a season ago for a running game that finished 90th nationally (140 yards per game).

Most of Tech’s experience resides on defense as the Red Raiders try to take a step forward there. Senior linebacker Dakota Allen leads a unit that returns its top four tacklers while safety Justus Parker is also back after pulling down a team-best four interceptions for a defense that led the Big 12 with 29 takeaways.

Turnovers were usually the only way Tech got stops after finishing 62nd nationally against the run, 100th in scoring defense, 104th in total defense and 122nd against the pass a season ago, the kind of rankings that have kept the Red Raiders from winning more than eight games and failing to post a winning record in the Big 12 during Kingsbury’s tenure. The Red Raiders finished 6-7 a season ago after giving up 38 points to South Florida in a Birmingham Bowl loss.

What’s the latest with the Rebel Rags lawsuit?