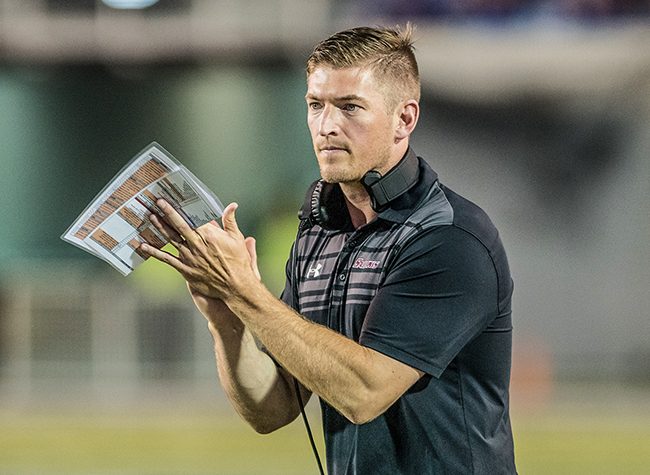 EDITOR’S NOTE: This is the second of a 12-part series breaking down each of Ole Miss’ football opponents for the 2018 season.

Ole Miss’ home opener won’t have nearly the appeal as the game that comes before it.

A week after opening the season in primetime against fellow Power Five member Texas Tech in Houston, the Rebels will take a step down in competition when they face Southern Illinois at Vaught-Hemingway Stadium on Sept. 8 (3 p.m., SEC Network+). The Salukis are the lone FCS opponent on the Rebels’ schedule.

A powerhouse at that level in the early 2000s, SIU has fallen on hard times with five losing seasons in the last eight years, including three straight that have the Salukis looking to turn things around under third-year coach Nick Hill. SIU promoted its former quarterback and assistant to head coach before the 2016 season, but the Salukis have posted back-to-back 4-7 seasons with just four combined Missouri Valley Conference wins.

Keeping up with the size and speed that comes with an SEC roster will be a challenge for the Salukis, but Hill has some experience to work with at key positions.

Quarterback Sam Straub is back for his senior season after completing 56 percent of his passes for 1,886 yards and 20 touchdowns with nine interceptions in eight games a season ago.The Salukis have to replace leading rusher Daquon Isom, but fellow senior D.J. Davis is primed to take over as SIU’s featured back after finishing as the Salukis’ second-leading rusher a season ago. 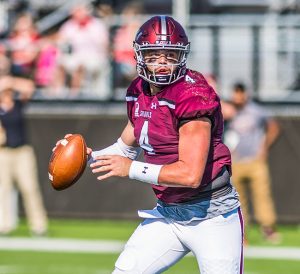 SIU also has its leading receiver back in senior Darrell James, who averaged 16.6 yards per reception with eight of his 47 catches going for touchdowns last season. Another senior, Matt DeSomer, is a wild card for the Salukis’ offense with the versatility to line up at a number of different positions. DeSomer, who can also play safety, took snaps at quarterback and running back last season, accounting for 555 yards of total offense and four touchdowns.

SIU’s defense is losing leading tackler Ryan Neal, but the Salukis return four of their top six producers in that category. That includes rush specialist Anthony Knighton, who led the Salukis with 6.5 sacks last season as a redshirt freshman.

Ole Miss will be the first SEC team the Salukis have faced during Hill’s brief tenure, but SIU has been competitive against the two FBS teams it has played. SIU dropped a 38-30 decision at Florida Atlantic to open the 2016 season before falling 44-31 at Memphis last season.