Ed Scott, Jr. was the child of a Mississippi Delta farmer, a World War II veteran who fought alongside General Patton, a Civil Rights activist and the first ever non-white owner and operator of a catfish plant in the United States.

Oxford native and author Julian Rankin has taken it upon himself to put Scott’s life story on the page in his new book, “Catfish Dream: Ed Scott’s Fight for His Family Farm and Racial Justice in the Mississippi Delta.”

“Catfish Dream” centers around the experiences, family and struggles of Scott, who was born in 1922 and lived in Mound Bayou, Miss. According to Rankin, Scott battled long odds and institutionalized racism to carve out of the Mississippi Delta land an “agricultural empire of black self-determination, which flowed out to and benefited his surrounding community.”

Rankin first met Scott in 2013, when Scott’s daughter, Willena Scott White, expressed interest in telling her father’s story. Rankin traveled to the Delta, where he and Scott hashed out the details of his story.

“[White] was really a champion of this story, because she knew it well and had seen it firsthand,” Rankin said. “I sat down with Mr. Scott, and he just kind of walked me through history, all his trials and triumphs. It really is an epic tale, and it dovetails with the American Dream and Civil Rights and what it means to own land in the Mississippi Delta.”

From there, Rankin interviewed members of the Scott family, plant workers, Scott’s lawyer and others to form a complete picture of Scott, who passed away in 2015 at age 93.

Scott’s dream of being a catfish farmer began years after he returned from WWII, where he had dodged Nazi fire in German trenches alongside Patton.

His father, Ed Scott, Sr., was a self-made man in every sense of the word, Rankin said, starting life as a sharecropper in Alabama and going on to own thousands of acres and become one of the first black men to grow rice in Mississippi. Scott took after his father for much of his life, farming soybeans and rice in addition to his catfish operation. His profession is one Rankin said fed the black community, both physically and symbolically.

During the Civil Rights Movement, Scott’s determination to be treated as an equal led him to march across the Edmund Pettus Bridge in Selma, Ala., provide food for those in James Meredith’s 1966 March Against Fear and even give counsel to activist Fannie Lou Hamer when she opened Freedom Farm in Ruleville, Miss in the 1970s.

Being black in the South, especially in the Delta, did not make for an easy life. As Scott found out, being an enterprising black businessman in the catfish business was even harder.

“The agricultural industry shifted away from traditional row crops in the 1970s and 80s. Because people were getting into catfish, [Scott] wanted to do it, but because he was a black man, he ran into a lot of obstacles,” Rankin said. “It obviously led to government discrimination, but what it revealed was a persistence and ingenuity and innovation that the family embodied.”

The book’s title comes from a quote from Scott himself. During one of their conversations, Scott told Rankin, “My motto is, don’t stop chasing your dream. My dream was to grow these catfish, and I did.”

A series of setbacks led Scott to open his catfish processing plant, including loan denials from the USDA, government seizures of his land and worse. Left with only an old tractor shed, the book tells how Scott decided to get into the full-time catfish processing business from 1983 to 1990.

“Against all odds, when most people would’ve gotten out of it, he still hung on and got minority contracts, employed dozens of African-American workers in the community and gave them a dignified job,” Rankin said. “However, he eventually couldn’t keep it going.”

“Catfish Dream” has a happy ending, however. In a fortunate turn of events, Scott ended his life a millionaire. Complete details on this final triumph, Rankin said, will be revealed at the book’s launch at Square Books on July 12.

“By telling these foundational stories of the South, bringing them out of the kitchen and how the food gets to your plate, you’re able to talk about communities and history and learn lessons about how we can work together,” Rankin said. “It’s giving life to these American ideals that so often are not fulfilled. Ed Scott was able to illustrate that the American Dream is, in fact, possible.” 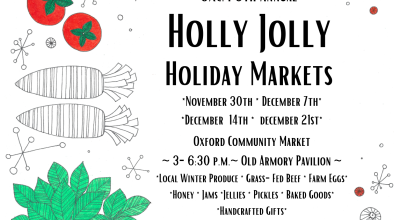 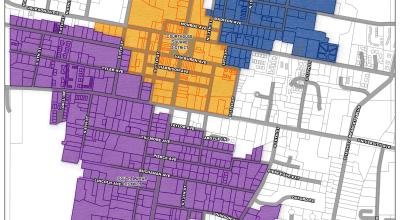 Adornments By Daws: an undergrad’s foray into fashion