Arrests made in connection with WWII veteran’s death 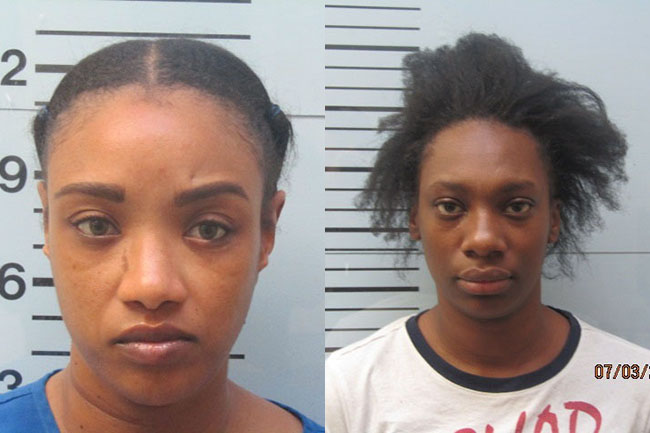 Bridget Austin, left, and Jeanee Dunn have been arrested in connection with the death of Durley Bratton at the Mississippi State Veterans Home in Oxford.

Two arrests have been made in connection with April 2017 death of World War II veteran Durley Bratton.

Jeanee Dunn, 25 of Oxford, and Bridget Austin, 41 of Abbeville have both been arrested and charged with Manslaughter-Culpable Negligence in connection to Bratton’s death.

At the time of his death, Bratton, 93, was a resident of the Mississippi State Veterans Home in Oxford.

On April 15, 2017 medical personnel from the Regional One Trauma Center in Memphis contacted officers regarding the health and welfare of Bratton. Bratton had allegedly fallen at the Veterans Home earlier that week and was initially transferred to Baptist Hospital-North Mississippi in Oxford, where he was diagnosed with a broken hip and possible other fractures before being taken to the Med.

At the time, an investigation into possible elder abuse was led by the Criminal Investigations Division at the Oxford Police Department. Bratton succumbed to his injuries on April 18, 2017, before the investigation concluded, but investigators were able to identify Dunn and Austin as persons of interest in the case.

An initial report from the Medical Examiner’s Office in Jackson was “inconclusive” on the cause of death. However, on July 2, 2018, official autopsy results came back and ruled the death a result of blunt force injuries.

Following the autopsy results, investigators filed affidavits of arrest and warrants on Dunn and Austin. Dunn was arrested July 2, and Austin was arrested July 9. They were both transported to the Lafayette County Detention Center, and both received bonds of $250,000 each from Justice Court Judge Bell.

“[I am] glad to provide some resolution for the Bratton family, though we cannot know their pain,” OPD Chief Joey East said in a news release. “I appreciate the collaborative effort and dedication of our investigators and the county coroner’s office in this lengthy investigation.”

OPD and the Lafayette County Coroner’s office collaborated on this investigation.

Prior to his death, Bratton was a contributor to the WWII Memories Project at the University of Mississippi Museum.