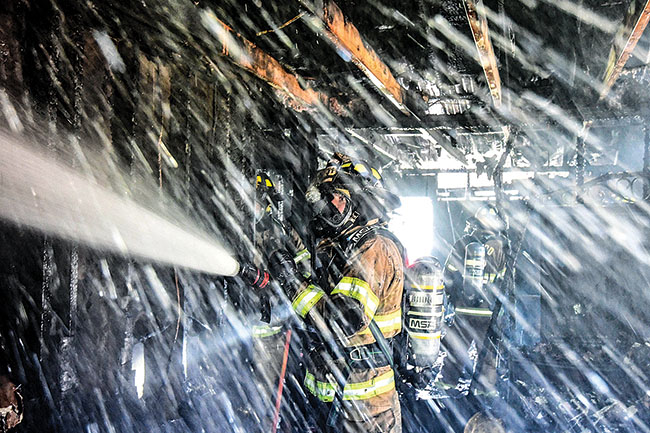 Oxford firemen, assisting the Lafayette County Fire Department extinguish a fire, spray water inside a room at a house at 55 County Road 181 in Oxford, Miss. on Tuesday, July 10, 2018.

The cause of a County Road 181 house fire that occurred Tuesday afternoon is still under investigation, according to Lafayette County fire coordinator Wes Anderson.

“We were called out at approximately 2:20 p.m. to a structure with a fire in a bedroom,” Anderson said. “On arrival, firefighters had heavy smoke coming out of both gable ends of the structure and fire coming out of one window.”

LCFD firefighters were able to make entry, but during the hour-long ordeal of extinguishing the flames, called members of the Oxford Fire Department for backup. OFD responded with two trucks and seven firefighters, Anderson said.

The home belonged to an employee of Oxford School District. At this time, LCFD could not confirm or deny if the home was a total loss, pending investigation results. However, the structure itself is still standing.