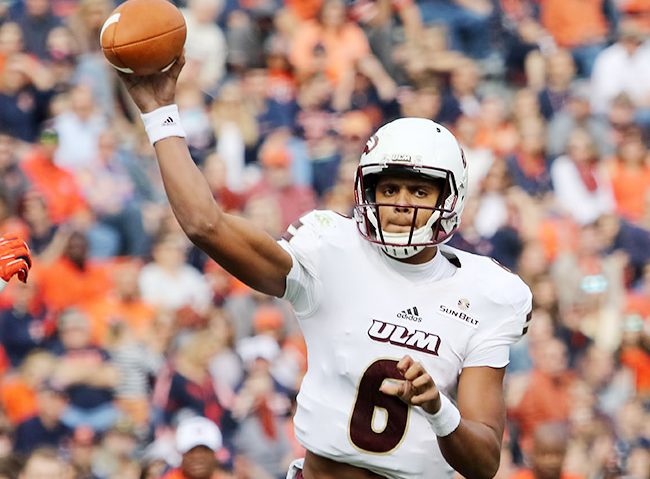 EDITOR’S NOTE: This is the sixth of a 12-part series breaking down each of Ole Miss’ football opponents for the 2018 season.

Before Ole Miss starts the meat of its SEC schedule in October, the Rebels will break up their annual league gauntlet with one last non-conference tilt.

Ole Miss will follow its trip to LSU with a home game against Louisiana Monroe on Oct. 8 before starting a string of six straight SEC games to end the season. It’s a chance for the Rebels to either build some momentum or keep it going depending on what happens in their first five games with ULM bringing a nine-game losing streak against Power Five foes into the season.

Beating anybody in recent seasons has been a struggle for the Warhawks, who have suffered through four straight losing seasons and haven’t had a winning one since 2012. ULM turned in its second straight 4-8 season last year under coach Matt Viator with all of those wins coming against fellow Sun Belt Conference opponents.

Ole Miss has the clear advantage in size and speed across the board, though the Rebels’ defense will have to be on alert against junior quarterback Caleb Evans. A true dual threat, Evans was one of the Sun Belt’s more dangerous playmakers a season ago, completing 61 percent of his passes for 2,878 yards with 17 touchdowns and six interceptions while adding 573 more yards and 13 scores on the ground.

Those numbers made Hill the Warhawks’ second-leading rusher last season behind running back Derrick Gore, who’s back for his senior season after running for 585 yards and six touchdowns. But the Warhawks’ offense goes as Evans goes.

ULM had a trio of 600-yard receivers a season ago, two of whom are back in Marcus Green and R.J. Turner. Green was Evans’ go-to target last season with team-highs in catches (54) and yards (812) while Turner, who averaged 18.2 yards a reception and led ULM with six touchdown receptions last season, may be the most explosive wideout for an offense that finished 25th nationally in scoring (33.6 points per game).

Evans and his unit may need to at least duplicate those numbers this fall if ULM’s defense can’t improve on a porous showing last season. It won’t be easy with the Warhawks losing leading tackler Roland Jenkins from a defense that yielded the third-most yards in the FBS last season, though health — or a lack thereof — had a lot to do with that. Three starting safeties are working their way back from season-ending injuries while defensive tackle Tyler Johnson was sidelined with an injury late last season.

Junior end Donald Louis is the only defensive lineman back that started every game last season. The unit produced just 10.5 of the Warhawks’ 22 sacks a season ago.