Which players will represent Ole Miss at SEC Media Days? 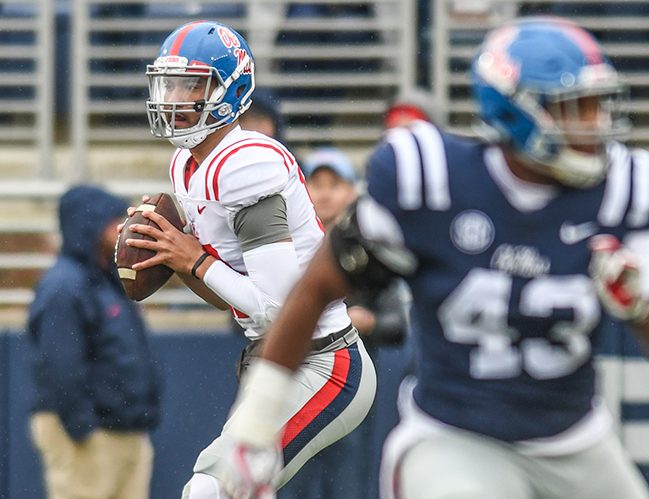 Luke and the players will take their turn in front of the cameras and microphones Tuesday at the College Football Hall of Fame and the Omni Hotel at CNN Center in Atlanta — the first time the annual kickoff event won’t be held at the Wynfrey Hotel in Hoover, Alabama in 18 years.

This year’s media days will begin Monday and run through July 19. The media’s preseason All-SEC teams and predicted order of finish in the division standings will also be released during the event.

Ta’amu started the final five games last season in place of the injured Shea Patterson, who’s since transferred to Michigan, and kept the SEC’s top passing offense humming. The 6-foot-2, 212-pound senior completed nearly 67 percent of his passes for 1,682 yards with 11 touchdowns and four interceptions while adding 165 yards and four scores on the ground.

Entering his fourth year as a full-time starter, Rawlings begins his senior season as the anchor of an offensive line that returns all five starters. Rawlings was limited in the spring with a back injury but is expected to be ready to go for fall camp.

A healthy Coatney was one of the Rebels’ more disruptive linemen last season, racking up 65 tackles, eight tackles for loss and 3.5 sacks from his defensive tackle spot. Coatney, a junior college transfer, is a fourth-year junior after redshirting in 2016 following knee surgery.

The event schedule with a full list of attendees is below.

Not so fast: Signee Gunnar Hoglund doesn’t ink with…