KNOW YOUR FOE: South Carolina carries momentum into Year 3 under Will Muschamp 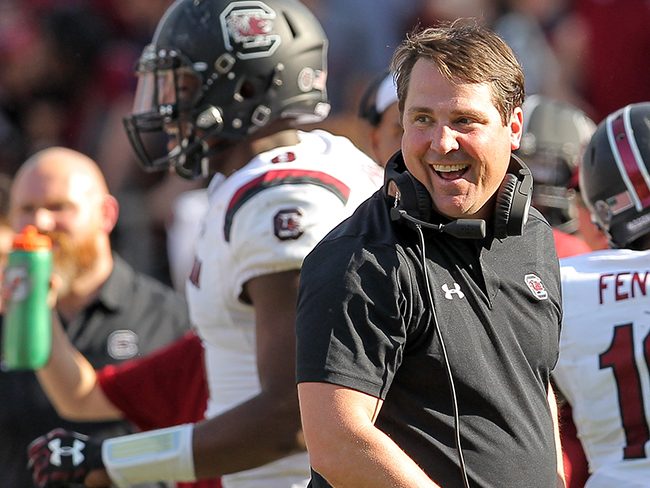 South Carolina has increased its win total by three in each of its first two seasons under Will Muschamp. (South Carolina Athletics)

EDITOR’S NOTE: This is the ninth of a 12-part series breaking down each of Ole Miss’ football opponents for the 2018 season.

The Will Muschamp era at South Carolina took off last season.

Under their second-year head coach, the Gamecocks finished only behind national runner-up Georgia in the SEC’s Eastern Division standings with a 9-4 record. It was Carolina’s best spot in the division since also finishing second under Steve Spurrier in 2013, which was also the last time the Gamecocks won at least nine games before last season.

The breakthrough happened just as Carolina is rotating back on Ole Miss’ schedule. The Gamecocks, whose Outback Bowl win over Michigan made it six victories in their final eight games, will make the trip to Oxford on Nov. 3 following a bye week for the Rebels for the teams’ first meeting since 2009.

Carolina finished in the top 50 nationally in defense a season ago, no surprise given Muschamp’s defensive background as a branch off the Nick Saban coaching tree. The Gamecocks should be solid on that side of the ball again with six starters returning from an opportunistic unit that forced more turnovers than anybody in the SEC, including sack leader D.J. Wonnum and linebackers T.J. Brunson, Sherrod Greene and Bryson Allen-Williams. Steve Montac is back at safety after tying for the team lead with three of the Gamecocks’ 14 interceptions.

As is usually the case, the biggest questions for Muschamp’s team are on offense. In six seasons as a head coach, which includes four pedestrian years at Florida, Muschamp has yet to have a team finish higher than 10th in the SEC in total offense while neither of Muschamp’s first two squads in Columbia have been better than 12th. 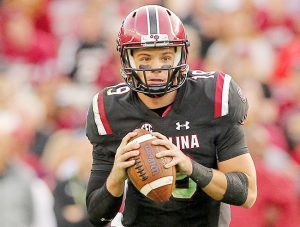 The Gamecocks will try to end that trend with plenty of experienced pieces back for first-year coordinator Bryan McLendon, who was promoted from his post as receivers coach to replace Kurt Roper. Muschamp also added former Ole Miss offensive coordinator Dan Werner to his staff as quarterbacks coach in an attempt to jumpstart an offense that finished 12th in yards and points last season.

McLendon and Werner inherit a seasoned quarterback in junior Jake Bentley, who took over midway through his freshman season and has started the Gamecocks’ last 20 games. Bentley completed nearly 63 percent of his passes for 2,794 yards and 18 touchdowns, though ball security will be an emphasis after he also tossed 12 interceptions last season, second-most in the SEC.

More balance would help take some of the pressure off Bentley and a passing game that has leading receiver Bryan Edwards back (793 yards, five TDs). Carolina rushed for the third-fewest yards in the SEC last season while Bentley led the Gamecocks with six rushing touchdowns. Leading rusher A.J. Turner (531 yards, three TDs) is back but so are Ty’Son Williams, Rico Dowdle, Mon Denson and Lavonte Valentine, which is making for a crowded competition for the top spot on the depth chart.

Ole Miss coach Mike Bianco stepping out of his…