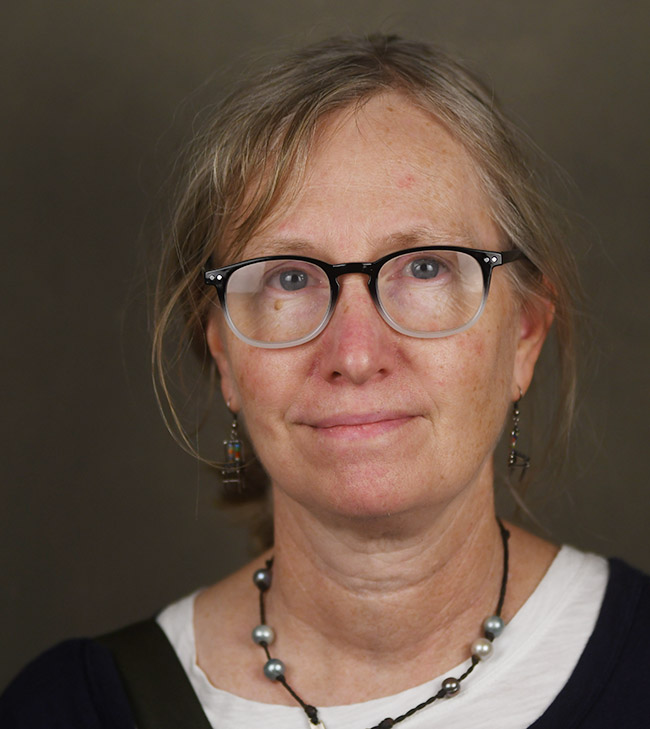 Oxford High School teacher Laura Boughton recently returned from a trip to Columbia University in New York City as part of the Jewish Foundation for the Righteous Summer Institute for Holocaust Educators.

The Summer Institute examines the Holocaust from the precedents found in the history of antisemitism, to the rise of the Nazi party, the machinery of death, rescue, through to the aftermath of the Holocaust, according to the JFR website.

Boughton, who recently celebrated 25 years as an educator, taught at South Panola High School for 23 years before moving to OHS, where she teaches social studies and Holocaust studies. Educating students about the Holocaust is something Boughton said has interested her since the beginning of her career.

“My first year of teaching, ‘Schindler’s List’ came out. That sparked a lot of interest,” Boughton said. “There are so many layers to the Holocaust once you start studying history.”

In addition to the JFR fellowship, Boughton has also worked with the National Holocaust Museum in Washington, D.C., where she is classified as a museum teacher fellow.

Boughton was one of 29 educators who attended the high-level, intensive summer seminar, and did so through receiving the 2018 Eduard Sonder Scholarship. The scholarship is dedicated in memory of Eduard Sonder, a Jewish German wine business owner, who was killed during the Holocaust. Upon receiving payment from their grandfather’s life insurance policy, rather than keeping the funds, Kate Tarnofsky and Johanna Stark determined that it was best to continue Holocaust education training by endowing a scholarship enabling a teacher to attend the program.

Incorporating personal accounts of people like Sonder who were alive during the Holocaust is something Boughton said is key to helping students understand her lessons.

“I do a lot of focus on personal stories for my students. The JFR, especially, focuses on rescuers and was really an organization created to recognize those people,” she said. “I use testimonies all the time, and as there are fewer and fewer survivors left, it’s invaluable.”

During the seminar, Boughton and her fellow educators were required to read as many as 500 pages per presenting scholar. The scholars spoke on such topics as roles played by other countries in the Holocaust, roles of President Roosevelt and roles of those who rescued persecuted individuals.

Understanding the past, she said, is paramount to understanding current events, and vice versa. As immigration and human rights issues come to the forefront of the news cycle, Boughton said she wants to provide open-minded educational resources for her students. Asking tough questions and giving them something to ponder is part of the learning process, she said.

“For our students, it’s always worth being aware of current events and how they are similar or dissimilar to the past. We give them things to read and look at, and allow them to draw their own conclusions,” she said. “It’s okay to throw them the big questions. This is a complicated world they’re going into, and if you can get them to learn about challenging things and take on challenging questions, it’s important.”

Other topics discussed ranged from the history of antisemitism to the role of doctors in the Third Reich. Participants studied complicity and collaborations of individuals, institutions and governments throughout Europe. Boughton said she felt each lecture deepened her understanding and complicated her thinking – both goals she has as a history teacher.

The Holocaust was a man-made event, she said. It wasn’t simply bound to happen. By helping her students to understand the ways choices of everyday people shaped history, in the Holocaust or other genocides such as Rwanda, she said they are able to see how even the smallest things have a huge impact.

“I keep a picture of a 100 year old friend and survivor on my whiteboard and I have her on my mind often when I am teaching,” Boughton said. “I feel a commitment to the survivors to teach the topic. It’s too late for ‘never again,’ but it is imperative that our kids know the reality of what happened and try to grapple with ‘how’ as it relates to contemporary issues.”