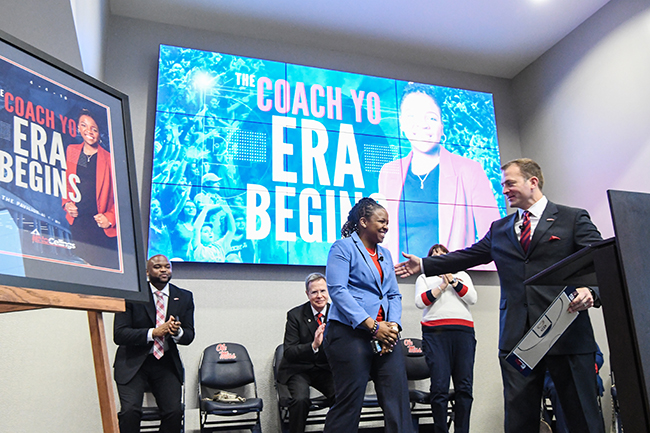 A day after announcing their involvment in the 2018 SEC/Big 12 Challenge the rest of the Rebels’ schedule is taking shape.

First-year head coach Yolett McPhee-McCuin announced their non-conference schedule along with their home and away assignments for conference play.

“I am excited about the opportunity to compete against quality opponents in each game,” McPhee-McCuin said in a statement release by the school. “I definitely think the trip to the Virgin Islands over Thanksgiving break will allow us to bond as a team and spend some time with each other away from our normal surroundings. This non-conference schedule will give my staff and I an opportunity to try and figure out how we can put our team in the best position to be competitive in conference play. It’s refreshing to have so many games at The Pavilion, which also gives the Oxford community a great chance to come out and support these student-athletes.”

Following their trip to the islands the Rebels will begin a four-game homestand, starting with TCU on Nov. 29. Jacksonville State (Dec. 2), Savannah State (Dec. 8) and Louisiana (Dec. 12) round out the homestand.

A road game at Louisiana Tech (Dec. 15) and two more home games against Troy (Dec. 19) and North Florida (Dec. 28) close out the non-conference portion of the Rebels’ schedule.

While dates and times will be announced later, Ole Miss knows which SEC teams they will be hosting and where they will have to travel.