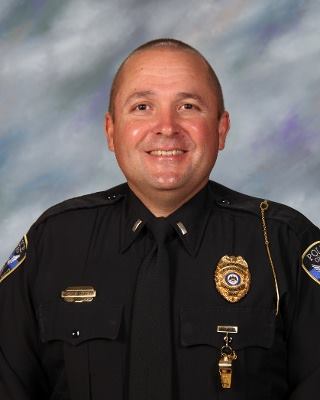 Lieutenant Steve Lewis has laid down his Oxford Police Department badge for the last time, retiring after 23 years in law enforcement.

Lewis began his career at OPD in 1995, and was one of the first officers on the department’s DUI unit. In 1997, Lewis was hired on with the Mississippi Department of Wildlife, Fisheries and Parks, where he spent 10 years as a game warden in Lafayette County.

Working as a game warden was an outdoorsman’s dream job, Lewis said. But when he and his wife, Melanie, welcomed their son Dakota, now 13, it was time to put family first.

“Being a game warden in Lafayette County, it’s real busy, because you have to work  every holiday and be there late at night,” Lewis said. “I didn’t want someone teaching [my son] about the great outdoors – I wanted to do it myself.”

Joining OPD in 2007 was a great career move, Lewis said. He started out as a patrol officer, then moved to the K9 unit, with his dog, Major. Major went on to be part of the K9 unit until three months ago, when he had to be put down.

Working in the K9 Unit, Lewis said, was a highlight of his time on the force.

“I had my K9, Major, for three years, and that was real fun,” he said. “It was really hard for all of us when [he was put down.] He came home with me, stayed in the house with us. He was one of the best dogs I’ve ever had.”

Following his time in the K9 unit, Lewis earned the rank of sergeant. A few years after that, he was promoted to lieutenant, where he remained for six years until his retirement last week.

Leaving isn’t easy, Lewis said, especially with coworkers who became more like family. Spending 12 hours a day with someone means you share in each other’s victories and defeats, he said.

Reality didn’t hit until he came home after his last shift on July 17. Earlier that day, Lewis said, both he and his wife shed a few tears over the fact that it was the last time he’d leave home in uniform.

“Because lieutenants have carry-home cars, the guy who got promoted to take my spot took me home so he could carry the car back,” he said. “Everybody was in the yard videotaping, and we all started crying again.”

Now that he’s retired, Lewis said he is looking forward to being more of a hands-on dad to his kids. Dakota plays football with the Lafayette Commodores, and Ella, who turned 11 on Tuesday, plays soccer at OPC and competes in pageants.

Knowing he’ll be able to take his kids to practice, and spend more time with them overall is one of the main reasons Lewis said he considered retiring in the first place.

“I look forward to not having to worry about taking off of work early to go to my kids’ games,” Lewis said. “Of course, I’ve stayed busy since I left last Tuesday.”

One thing Lewis said he won’t be doing is sitting idle. Instead, he said he plans on doing construction work for his friend’s company.

Lewis said he’s thankful for his stepfather, Lafayette County Sheriff Buddy East, who first introduced him to the world of law enforcement.

“[East] and my mom have been married for 40 years this year. Seeing him and the things that he did kind of opened the door for me back in the day,” he said. “I don’t think there’s anybody in the state who doesn’t know Buddy East, or as we call him, Granddaddy.”