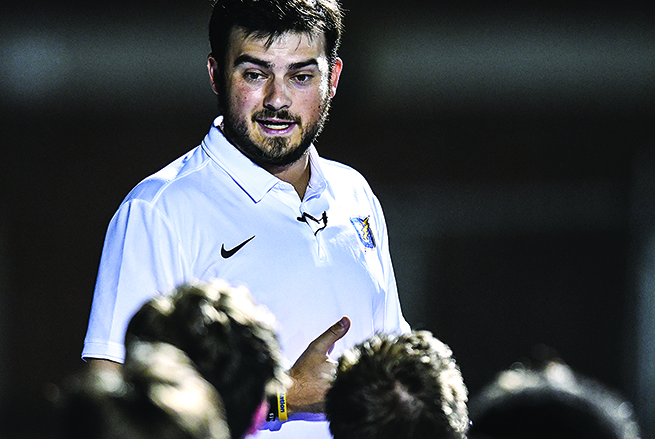 Oxford High vs. Charleston in a preseason jamboree at Bobby Holcomb Field in Oxford, Miss. on Friday, August 11, 2017.

Oxford has been hitting the gym this summer. Coming off their first season in MHSAA’s Class 6A the Chargers knew they had to get bigger, faster and stronger to compete with the state’s top teams.

With the 2018 preseason officially underway, the results from an intense summer in the weight room will be seen quickly as practice starts in earnest today.

“I think we’ve had a good summer,” Oxford head coach Cutcliffe said. “I think our guys have really bought in and worked. (Strength) coach Jason Wilfawn does a great job running our strength and conditioning program for all our sports but especially football. I think we’ve got guys who are committed and working hard and doing the things you’re supposed to do. Now, we just have to go out and play against a really tough opponent to open the season.”

The Chargers will have nine days of practice before they face competition from someone other than themselves. Charleston will play Oxford in the Chargers’ annual jamboree on Aug. 10 (8 p.m.).

It does not get any easier the following week in the season opener. When Oxford makes a return trip to Vicksburg to participate in the 2018 Red Carpet Bowl to play Warren Central. The Vikings are coming off a 2017 season where they finished fourth in a tough Region 2-6A behind Starkville, Madison Central and Northwest Rankin. Warren Central advanced to the quarterfinals of the 6A playoffs before losing to Madison Central.

August remains a challenge for Cutcliffe and his team with a home opener against 6A runner-up Starkville on Aug. 24 and a road game at Grenada (Aug. 31) to close out the month.

“We definitely have a tough August and we know that going in,” Cutcliffe said. “I think that’s something in 6A football, if you look at most 6A teams, I think that’s what you see. A lot of them play against each other in the non-district games because sometimes it’s difficult to fill out a schedule. So, you end up playing against each other and you play a really high level of competition.”

With a front-loaded schedule of postseason teams and repeat opponents, Cutcliffe keeps copious notes from the previous season. It is a two-fold strategy that includes keeping scouting reports and notes for the teams he hopes Oxford will see again but also to help game plan for the regular season foes.

“Certainly, when it’s a team where there’s a possibility you’ll see them in the playoffs you pay special attention of doing a great job when it’s right there fresh on your mind of making sure after that game that you have good notes,” Cutcliffe said. “Whether it shows up in playoffs or you see them the next year. I think that’s something we definitely try to do.”

Having a grueling start to their season will test Oxford’s attrition once again. The Chargers opted to not have a bye week in 2017 — an option Class 6A teams are given — and paid for it with injuries during the back half of the season.

Instead of taking the week off before beginning Region 1-6A play Oxford will host Pontotoc for the second straight year. Playing in the Red Carpet Bowl for the second year in a row, Cutcliffe wanted to add another home game to the 2018 slate.

“I think it’s one of those things that can be hit or miss,” Cutcliffe said. “If you look at last season we ended up with some injuries that really hit us in the middle of the season. So, maybe it would’ve been nice to have a bye week and get a few people healthy. I think some years you just kind of want to continue and keep building momentum as you go. It’s really hard to predict.”