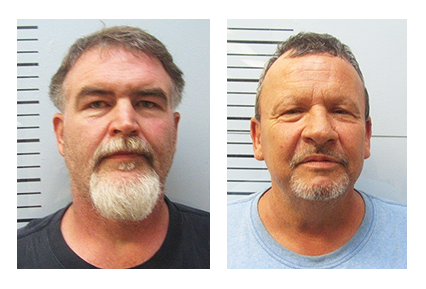 Ron Griffin and James Harmon were charged with felony motor vehicle theft and turned themselves in to the Lafayette County Detention Center.

Two men have been arrested following the April 18 theft of an 18-wheeler in Oxford.

Ron Griffin, 48 of Water Valley, and James Harmon, 59 of Paris, Miss., were charged with felony motor vehicle theft after stealing an 18-wheeler from a parking lot near West Jackson Avenue without the owner’s consent.

During the investigation, it was discovered that Griffin and Harmon had taken the 18-wheeler. The pair turned themselves in to the Lafayette County Detention Center on July 27. Their bonds were set at $2,500 by a Justice Court Judge.