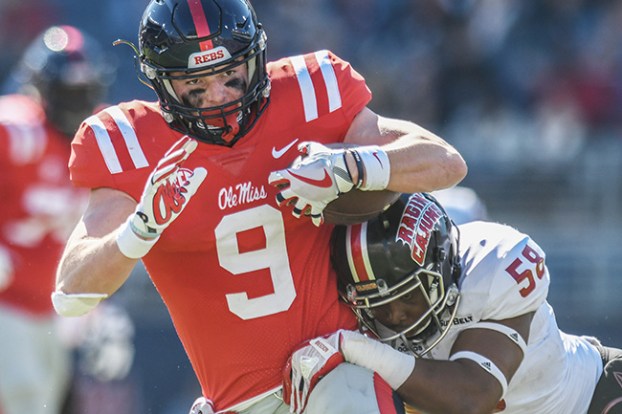 The summer has nursed Ole Miss back to health.

A laundry list of injuries limited a number of players this spring and kept others out all together, but coach Matt Luke said everybody other than running back D’Vaughn Pennamon will be ready to go when the Rebels open fall camp today. Still recovering from a surgically repaired knee, Pennamon won’t return to action until midway through the season at the earliest.

One position Luke is eager to watch during camp is the defensive line, which was decimated in the spring with Benito Jones, Qaadir Sheppard and Austrian Robinson — all members of the two-deep — nursing injuries. Jones is entering his second season as the starting nose tackle while Sheppard began last season at the top of the depth chart at defensive end before suffering a knee injury.

“We just had so many injuries in the d-line,” Luke said. “You wanted to see what Qaadir could do, Austrian and those guys. That was something for me because of the injuries that we really didn’t get a great picture. I think I’ll see it a little bit better in scrimmage 1, scrimmage 2 this fall camp.”

Tight end Dawson Knox said he is completely recovered from surgery to repair a stress fracture in his left foot that sidelined him all spring. The 6-foot-4, 250-pounder played with the injury all of last season, missing the first two games before finishing the season with 24 catches for 321 yards.

Tisdale in, Jefferson out

Tisdale, who originally committed to the Rebels for 2019, played last season at Northwest Mississippi Community College. The 6-4, 280-pounder had 31 tackles, 11 tackles for loss and five sacks for the Rangers last season.

“All I can do is thank the man Above!” Tisdale tweeted on July 27. “All the hard work and dedication has finally paid off!”

Another junior college defensive lineman transfer, Noah Jefferson, did not qualify academically, Luke said. Incoming freshman Jalen Cunningham, who could play on the offensive or defensive line, will stay on defense to start camp.

A year ago, Ole Miss was anything but stable. The cloud of a long-running NCAA investigation continued to hover over... read more