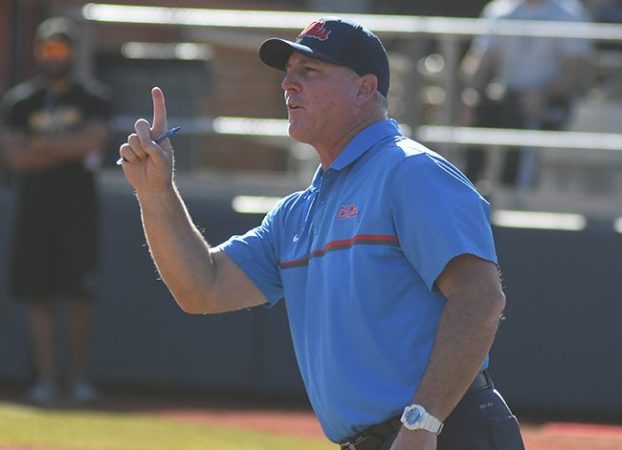 Ole Miss softball coach Mike Smith rounded out his coaching staff with a familiar face over the weekend.

The Rebels hired Caty Reeves as a volunteer assistant, making for a reunion of sorts between Smith and his new coach. Reeves, who was also on Smith’s staff at McNeese State, played for Smith at California Baptist from 2008-11.

“I know that Caty will make a great impact on our team, and we’re excited to add her to our staff,” Smith said in a statement.

Reeves spent six seasons as the head coach at NAIA member Oklahoma Wesleyan, leading the Eagles to a 185-141 record during that span. OKWU made just its second-ever appearance in the NCCAA national championship in 2015 with Reeves at the helm.

She spent the 2012 season on Smith’s staff at McNeese State before taking the job at OKWU, working primarily with the Cowgirls’ hitters and catchers.

“What excites me is that she brings six years of head coaching experience, which you can’t say about too many volunteer coaches out there,” Smith said. “Adding her resume to our program will be a huge asset to our already experienced staff. I have also had the unique opportunity to work with Caty in the past, both as a player and on my coaching staff. Her experience leaves no doubt that Caty will bring innovative ideas and tremendous attention to detail to our coaching staff.”

DK Metcalf didn’t look like a receiver. He said he’s only added five pounds to the 225 pounds he played... read more