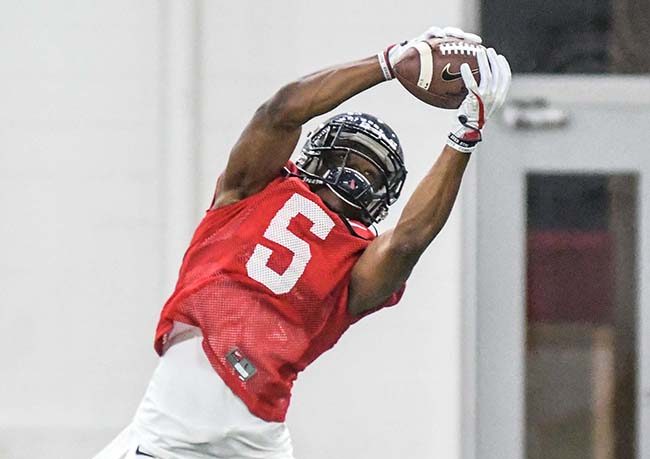 Ole Miss went inside Thursday morning for its seventh practice of preseason camp. The Rebels went for nearly two hours in the indoor practice facility as they continued preparations for the season opener against Texas Tech on Sept. 1 in Houston (11 a.m., ESPN).

Here are some notes and observations from select periods that were open to the media:

• Receiver A.J. Brown was held out of the majority of practice again as he continues to nurse what coach Matt Luke called a mild hamstring earlier in the week. Senior Floyd Allen continued to get reps in the slot.

• The mixing and matching continued on defense. Austrian Robinson and Sincere David joined Josiah Coatney in getting first-team reps at tackle. Ryder Anderson and Qaadir Sheppard worked with the first team at end. Charles Wiley, Ross Donelly, Benito Jones and Brenden Williams made up the second-team line.

• The first-team offensive line remained the same with freshman Ben Brown continuing to get a majority of the reps at right guard. Jordan Sims ran at center with the second team.

• Cornerback Ken Webster isn’t wearing any sort of brace on his surgically repaired left knee. The fifth-year senior is two years removed from that gruesome injury he suffered in the 2016 season opener.

Check out some scenes from practice in the videos below.