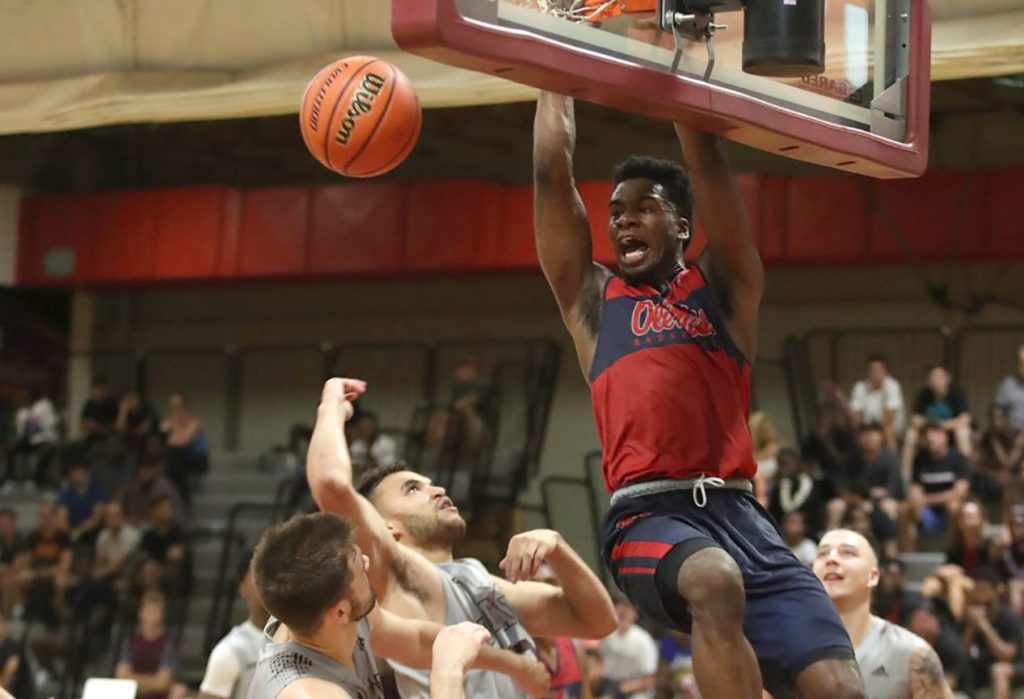 Ole Miss unofficially began the Kermit Davis era this week with its Canadian tour in which the Rebels played four games in five days.

An 85-74 win over Ottawa on Thursday capped a 3-1 trip for the Rebels, who will begin practice for the upcoming season in October. Ole Miss will open the season at The Pavilion on Nov. 10 against Western Michigan.

What does it all mean? Here are some takeaways from Ole Miss’ trip across the border:

Ole Miss trailed at halftime in three of its games, but the Rebels’ only loss came Wednesday to perennial power Carleton, which has won 13 of the last 16 national championships in Canada. Ole Miss pulled off its biggest rally in Thursday’s finale, erasing a 27-point deficit to get the win.

That kind of resiliency is a good sign for an Ole Miss team that was beaten down last season on the way to a last-place finish in the SEC and its first losing season in more than a decade. With a mix of holdovers and seven newcomers getting their first real competitive chance to audition for a new coaching staff, the Rebels showed urgency in the type of exhibition games where it would be easy not to.

Ole Miss played defense … when it wanted to

As the deficits in those games suggest, the Rebels didn’t show a whole lot of that urgency early, particularly on the defensive end. Two of those halftime deficits were by double digits while Ottawa knocked down 14 of its first 19 shots Thursday to build a whopping 24-point lead after the first quarter.

Ole Miss led from start to finish in its 102-61 pasting of McGill in its first game of the tour, but slow starts were a theme for the Rebels as the competition got tougher with each of their last three opponents shooting 53 percent or better from the field in the first 10 minutes. Davis made substitutions and the effort and execution increased as the games wore on with only one opponent shooting better than 39 percent overall.

Defense was an issue toward the end of the Andy Kennedy era. It should be better under Davis, whose 1-3-1 amoeba zone at Middle Tennessee State gave teams fits over the years, but it’s clear there’s still a lot of work to do come the fall.

Davis has consistently mentioned Terence Davis and Breein Tyree as players who have quickly taken on a leadership role with his first Ole Miss team, and the veteran guards translated that over to the court.

The only players to start all four games, Davis and Tyree took turns leading the Rebels in scoring. Davis, who tested the NBA Draft waters before deciding to return for his senior season, averaged 21 points while Tyree scored 14.5 points per game. Davis was also Ole Miss’ leading rebounder for the tour, grabbing 8.3 boards a game.

Davis pulled down 16 rebounds and scored 23 points as the catalyst in the comeback win over Ottawa, finishing 11 of 22 from the field with most of that action going toward the basket (he attempted just four 3-pointers). Davis shot 50 percent or better from the floor in each game while Tyree wasn’t far behind in his efficiency, making at least 45 percent of his shots each time out.

Only Davis logged more minutes than rising sophomore guard Devontae Shuler (28 per game), who averaged 10 points for the tour.

Head of the class

With Kermit Davis experimenting with a number of different lineups, Ole Miss got significant contributions from freshmen forwards Blake Hinson and K.J. Buffen, who appear to be ahead of junior college transfer Zach Naylor in the frontcourt and the rest of the Rebels’ freshmen.

Newcomers Brian Halums, Carlos Curry, Franco Miller Jr. and Luis Rodriguez also got some minutes. Halums, a 6-5 wing, had 14 points and six rebounds in the opener against McGill.