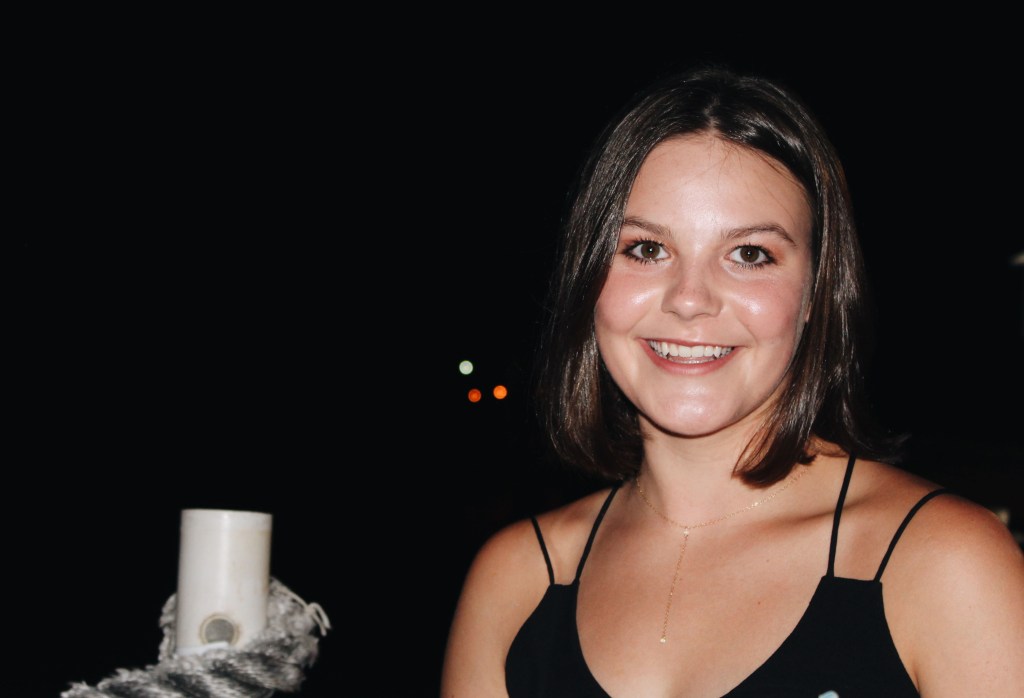 Most 16-year-olds probably don’t want to spend their last week of summer in a lecture hall or a hospital, but Oxford High School student Mary Marshall Waller did just that at the Georgetown University Medical Institute’s summer camp.

Waller, whose father is an emergency room doctor at Baptist Memorial Hospital-North Mississippi, spent a week at the Washington, D.C. campus participating in hands-on exercises for aspiring physicians. It’s an experience her mother, Oxford School District’s Parent of the Year Lona Waller, said wouldn’t have been possible if her daughter didn’t have the right foundation.

“When Mary Marshall was in ninth grade, she got to do this little program where you could shadow a business person, and she really wanted to try to shadow a physician,” Lona said. “(She was able to work) with Dr. Daniel Boyd, an orthopedic surgeon here in town. He let her go to the clinic, showed her x-rays and let her see the effects of arthritis. It got her so excited that she wanted to do more hands-on stuff.”

Mary Marshall and her parents began searching for hands-on medical camps last year when they stumbled upon the Georgetown University program. Students from all over the world – as far away as Egypt and Peru – attend the camp, and getting accepted is not an easy feat, her mother explained.

Part of the application process included writing a paper about why Mary Marshall wants to be a physician. She also needed a teacher recommendation, which came courtesy of OHS history teacher Stella Lindsey.

“We weren’t sure she’d get accepted, but she did, and Stella Lindsey was as excited as we were,” Lona said. “That’s what I love about this school district; these teachers invest so much, not in just the now, but in their future.”

Once she arrived at Georgetown, Mary Marshall hit the ground running. A series of lectures immediately started, which featured current medical students as well as teaching doctors from the university.

Learning about the ins-and-outs of medical school was invaluable, Mary Marshall said, but she still wanted to do more hands-on work.

“We got to learn how to take blood pressures, and drew fake blood. We also had a scenario with a patient simulator in an emergency room, where we had to figure out what was wrong with him,” Mary Marshall said. “We got to do a patient simulator childbirth, so that was really cool. We got to do a cadaver lab as well, and spent a morning practicing different sutures on chicken legs.”

The medical world is something Mary Marshall said she developed a passion for at an early age. Hearing her father talk about his work every day, and interacting with doctors and nurses when she visited him at the hospital, she said, reaffirmed her decision to pursue a career in medicine.

One day at the camp in particular helped to guide her in an unexpected way. The group took a field trip to the R. Adams Cowley Shock Trauma Center in Baltimore, Md. As the busiest trauma center in the United States, the Cowley Trauma Center provided a wealth of knowledge, Mary Marshall said. After listening to a lecture from an orthopedic trauma doctor, she said she felt led to follow in her father’s footsteps.

“I never thought I would [be an ER doctor], but as I got to hear from different lecturers, I’m leaning more toward emergency stuff,” Mary Marshall said. “It’s something I never thought I’d do, just because my dad does it. Orthopedics is definitely still an option, but pediatric trauma would be really cool.”

Another perk of the camp is being able to speak about complex medical concepts with her father, Mary Marshall said. Her mother agreed, saying it warms her heart to know the two are bonding over a shared passion.

“It helps us bond, and makes me feel proud of myself. My dad spent four years in medical school, and all these years in residency and he knows so much,” Mary Marshall said. “The fact that I know just a little bit of what he knows is so cool.”

After graduating high school in 2020, Mary Marshal said she plans to attend college at Mississippi State University or the University of Alabama. However, she said she’s keeping her options open for medical school.