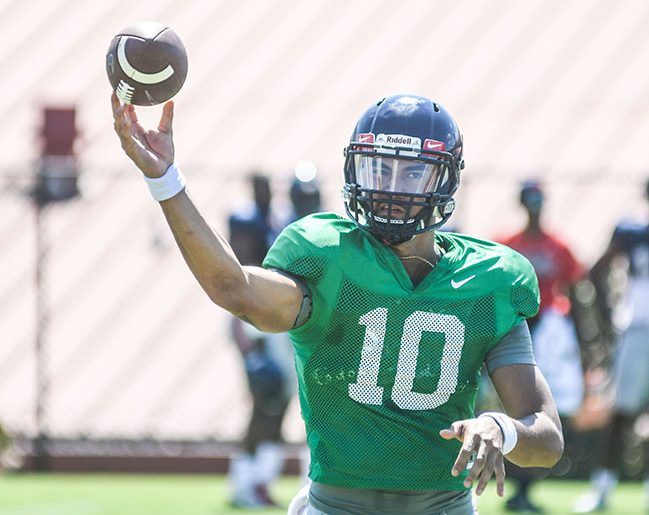 Two of Ole Miss’ top offensive players are up for a pair of awards.

The Golden Arm Award has been presented annually since 1987 to the nation’s top college quarterback. A Texas-based award, the Campbell Rose Award recognizes the top offensive player at the Division I level who also exhibits integrity, performance, teamwork, sportsmanship and community. Nominees must be born in Texas and/or graduated from high school in Texas and/or played at a junior college or four-year school in Texas.

Little, a native of Allen, Texas, is entering his second full season as the Rebels’ left tackle. One of the nation’s top draft-eligible prospects, the 6-foot-6, 325-pounder is widely projected to be one of the top 10 picks in next year’s NFL Draft.

Ta’amu started the final five games for Ole Miss last season and took over as the permanent starter once Shea Patterson transferred to Michigan in the offseason. The 6-2, 212-pound senior completed 115 of his 173 passes for 1,682 yards and 11 touchdowns last season while adding four rushing touchdowns.