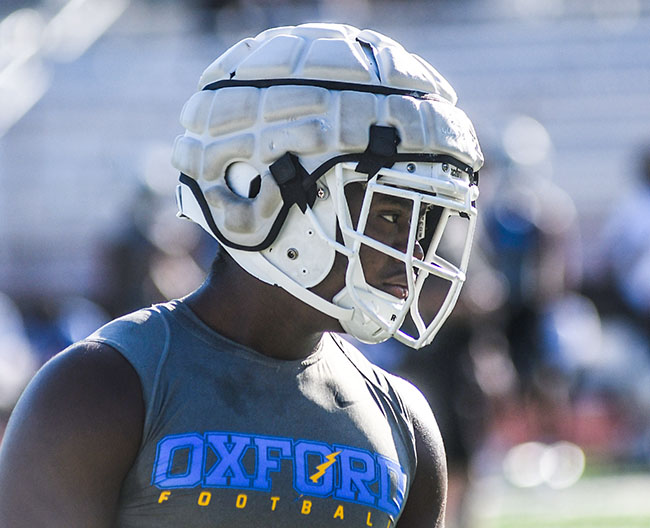 With football back in full swing, concussions, more specifically Chronic Traumatic Encephalopathy (CTE), is always a topic of discussion around this time of year.

While the debate continues regarding how safe, or unsafe, the game of football is; the discussion has focused primarily around the National Football League (NFL) and college football. Though, in recent years the awareness and enhancement of safety measures taken to prevent concussions have reached the high school level.

Beginning this season, Lafayette High School, in partnership with Oxford Orthopedics and Endurance Physical, is using XLNTbrain Sport, a concussion software program that  aids in recognize, provides a baseline report and facilitates returning to safe play after an athlete has sustained a concussion.

Lafayette is one of a handful of high schools in the nation to use the XLNTbrain Sport software. The program is already used by the NFL and Power 5 college teams.

“In the past we haven’t done a lot of baseline testing,” Lafayette athletic trainer Vance Holland said. “Usually we’ve assessed that athlete once they’ve had a concussion or have concussion-type symptoms. Then we used a step-by-step progression of returning to play. …(Concussion protocol) has certainly evolved over the last several years and with CTE it’s brought it to the mainstream. What this has enabled us to do is take it a step further and really give us some good feedback on what to compare it to if a kid sustains a concussion.”

The baseline test for players lasts about 30 minutes.

Once a player has sustained a potential concussion or has concussion-like symptoms, once they become symptom free they will re-take the baseline test and have the results compared to their initial baseline results. After athletes have been tested and are found to be within their baselines then a five-day exercise progression protocol begins to return the athlete back to sport.

“It really gives us a good baseline feedback on what’s going on,” Holland said. “It’s a pilot program. If we have some good success and get some good feedback then next year probably all varsity athletes that are in some kind of contact sport will have use of this.”

In addition to football, the Lafayette Commodores varsity soccer teams are using the XLNTbrain software for the 2018-19 athletic year.

While Oxford High School does not have any type of testing software, the Chargers have taken precautionary steps with their equipment, as well as their coaching, to prevent concussions.

Beginning this summer, the Chargers started using what is known as a guardian protective helmet – a padding that goes over a football helmet and helps soften the blow of a big hit.

“At lot of research suggests that a lot of concussion are a result of hits over time and not necessarily one big hit,” Oxford head coach Chris Cutcliffe said. “Lessening that impact in practice is a big deal. …I think awareness, obviously, has increased a great deal in recent years. Having Justin Ware, our athletic trainer, here all the time is just a huge deal, a huge bonus for us.”

Oxford has all of their coaches undergo online training for several things, including concussion protocol.

This year, Texas’ High School Coaches Association passed a rule requiring every Texas high school and junior high school football coach to become certified in teaching tackling as part of the University Interscholastic League Coaches Certification Program, beginning with this school year. They are the first state to have such a requirement.