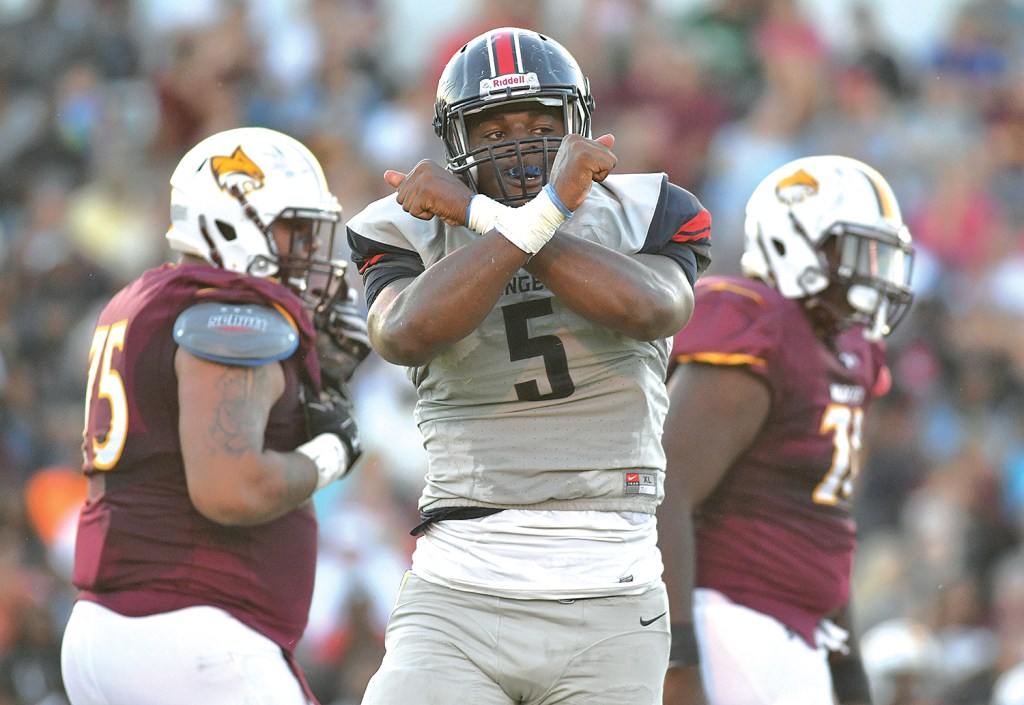 In a way, Tariqious Tisdale still has to get up to speed.

He’s relatively new to Wesley’s McGriff’s defense and all the intricacies that come with it. It’s obvious at times he’s playing slower than usual as he tries to process and execute it all in real time.

But Tisdale already looks the part with a 6-foot-5, 280-pound frame. With speed and athleticism to go with it on the edge, Tisdale is already being groomed for a role on a defense that’s in need of impact players.

Tisdale has repped with the first team all week, joining Qaadir Sheppard, Benito Jones and Ross Donelly on the defensive line Thursday. Victor Evans also rotated in at end with the ones.

It’s an indication of how highly the coaching staff thinks of the junior college transfer’s natural ability after joining the team just before camp started. Originally a member of Ole Miss’ 2019 recruiting class, Tisdale, who played last season at Northwest Mississippi Community College, completed enough coursework this summer to be eligible for this season.

“Guys that size — have you seen him? — those guys don’t need to be developed,” McGriff said. “You better put him in and let him play. Now he’s going to make some mistakes, but he’s got tremendous size and his effort is awesome. For a big guy, he can really run.”

The mental side of the game is moving fast for Tisdale with the jump from junior college to the SEC, but McGriff said effort and a high football IQ are helping the newcomer with that. Tisdale has everything else.

“We’ve got him running with the ones and we’re trying to get that chemistry right, but he’ll definitely be a factor this year,” McGriff said.

Vernon Dasher returned from a groin injury that kept him out of recent practices, rotating in at Star (hybrid linebacker/safety) with the first-team defense Thursday. Montrell Custis also got some reps with the ones there, though the 6-1, 200-pound Dasher, who played linebacker in junior college, gives the Rebels a more physical presence at that position.

“He’s showing a spark,” McGriff said. “You’ve got an outside guy with that kind of size and speed, and he makes very little mental mistakes. He’s going to be a tremendous outside guy for us. His development is coming along. He’ll be ready by Game 1.”

Coach Matt Luke said earlier in the week he expected Brown to return to full participation by the end of the week, but the Rebels are being cautious with their star wideout with their opener against Texas Tech on Sept. 1 getting closer.

“I think the plan with A.J. is we want to get him to Sept. 1, so we’re going to take our time,” offensive coordinator Phil Longo said.