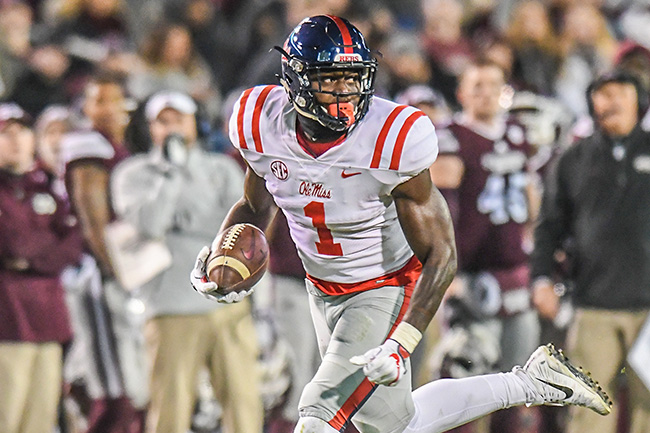 The preseason accolades continue to pour in for Ole Miss’ top draft prospects.

A.J. Brown and Greg Little were each voted to the Associated Press preseason All-America team Tuesday. Brown, the Rebels’ junior receiver, landed on the first team while Little was voted to the second team at offensive tackle.

Defending national champion Alabama and Wisconsin led the way with five selections each on the first and second teams combined. Clemson and Wisconsin had the most first-team selections with three apiece.

Brown, the SEC’s leading receiver last season, is also on the preseason watch lists for the Biletnikoff, Walter Camp and Maxwell awards while Little is up for the Earl Campbell Tyler Rose Award and the Outland Trophy, which is awarded annually to college football’s best interior lineman. 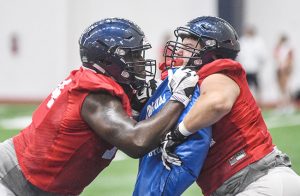 Little, at 6-6 and 320 pounds, has been entrenched at left tackle since taking over there midway through his freshman season. The former five-star recruit enters his junior season as part of one of the SEC’s most experienced offensive lines — the Rebels have all five starters back — that blocked for the league’s top passing offense last season.

Both players are widely projected to be taken in the top half of the first round of next year’s NFL Draft. In a first-round mock released Monday, USA Today draft analyst Jacob Infante projected Brown to go to the Washington Redskins with the ninth overall pick and Little to be drafted 12th overall by the Seattle Seahawks.