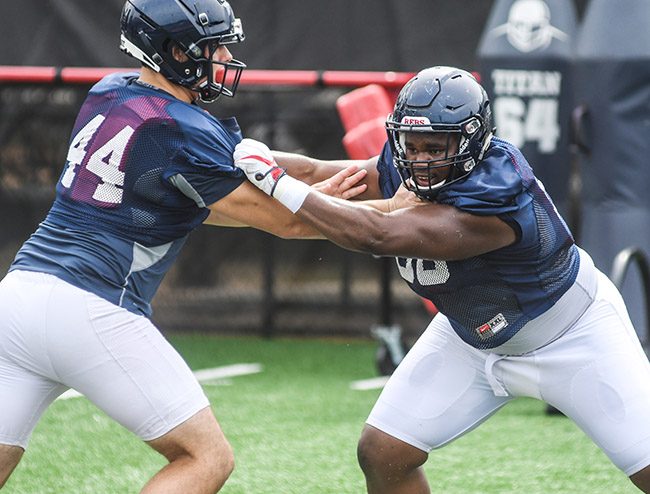 Plenty of eyes will understandably be fixated on Ole Miss’ defense this season. And not just to see if Ole Miss can offer any resistance on the ground.

Yes, stopping the run has been an emphasis during preseason camp after the Rebels finished 123rd out of 129 FBS in that category a season ago, but coach Matt Luke enters his first season at the helm tasked with trying to improve a unit that’s struggled mightily across the board the last two seasons, which is the primary reason Ole Miss has combined to win 11 games with last-place and sixth-place finishes in the SEC West over that span.

The Rebels return eight defensive starters in the second year of coordinator Wesley McGriff’s system and added another group of newcomers, most of whom will be counted on to contribute immediately. So will all of that pay off in the form of significant improvement this fall?

That question won’t start getting answered until the games start. Ole Miss will be tested immediately by a Texas Tech offense that averaged more than 34 points a game last season in the teams’ opener at NRG Stadium in Houston on Sept. 1 (11 a.m., ESPN), but the defense has been going against its own offense since the spring. And from what the other side has seen, there are signs that Ole Miss’ defense won’t be as much of a liability as it’s been in years past.

“They’ve improved a lot since the spring,” said Scottie Phillips, who’s in line to be the No. 1 running back. “They started off a little slow, but now they’re doing a great job of fitting better.”

The biggest difference offensive players said they’ve noticed is the speed at which the defense is operating, part of which stems from being familiar with the calls and the concepts in McGriff’s 4-2-5 scheme. Trying to simultaneously process that and play last year made for too much thinking and reactions that weren’t quick enough most of the time.

That hasn’t been as much of a problem during camp, though there have plenty of newcomers shuffling in and out of the front seven as the Rebels try to find the right combinations to fill the voids left by leading tackler DeMarquis Gates and NFL draft picks Marquis Haynes and Breeland Speaks.

Junior college transfer Tariqious Tisdale, who’s been rotating with the ones at defensive end the last couple of weeks, has impressed with his physical abilities at 6-foot-5 and 280 pounds and seems poised for a significant role up front. Sophomore Mohamed Sanogo and true freshman Kevontae’ Ruggs, who may be the fastest linebacker on the roster, continue to run with the first team at linebacker while fellow freshmen Zikerrion Backer, Jacquez Jones and Jonathan Hess have all repped with the twos there at some point during camp, a sign the Rebels could begin their youth movement at the position sooner rather than later.

All of that youth has made communication hit or miss at times, but it’s also offset the steep learning curve with an infusion of speed and athleticism.

“Coach (McGriff) has got them right,” offensive tackle Greg Little said. “They’re flying to the ball. They’re playing harder. I can tell a whole different intensity and the confidence that they’re gaining, too.

“The defense is getting after it, making turnovers and getting stops. I’m excited for the upcoming season to see how they’re going to play.” 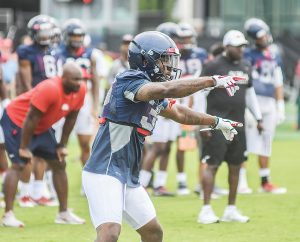 Scrimmages have been closed to the media while team viewing periods during practices have been limited, but word is there’s been roughly an equal amount of back and forth during camp. Phillips and Isaiah Woullard have been among those who’ve ripped off explosive runs, but Luke said the defense got the better of the offense in a four-minute drill during Saturday’s simulated scrimmage where the defense prevented the offense from running out the clock. The offense responded by scoring “a bunch of touchdowns” in red-zone drills, Luke said.

With Ta’amu back for his senior season, an offensive line that returns intact and All-American A.J. Brown headlining what some view as the nation’s best receiving corps, the offense has an abundance of talent and experience to work against for a defense that has plenty to do. The Rebels finished 52 nationally against the pass last season and haven’t been better than 95th in turnovers, 100th in scoring defense, 111th in total defense, 114th in red-zone defense or 116th in run defense the past two seasons.

“In my eyes, our offense is one of the top in the nation,” receiver DK Metcalf said. “They’re doing good against us every day, so I can’t wait until they play against Texas Tech.”

Metcalf isn’t the only one remaining cautiously optimistic until then.

“I think we’re deeper. I think we have more guys that can contribute that are pushing for playing time,” Luke said. “I think we’re a little bit faster and obviously the knowledge is one year better. They’re communicating a little bit better, but I want to see us go out there and do it in a game.”