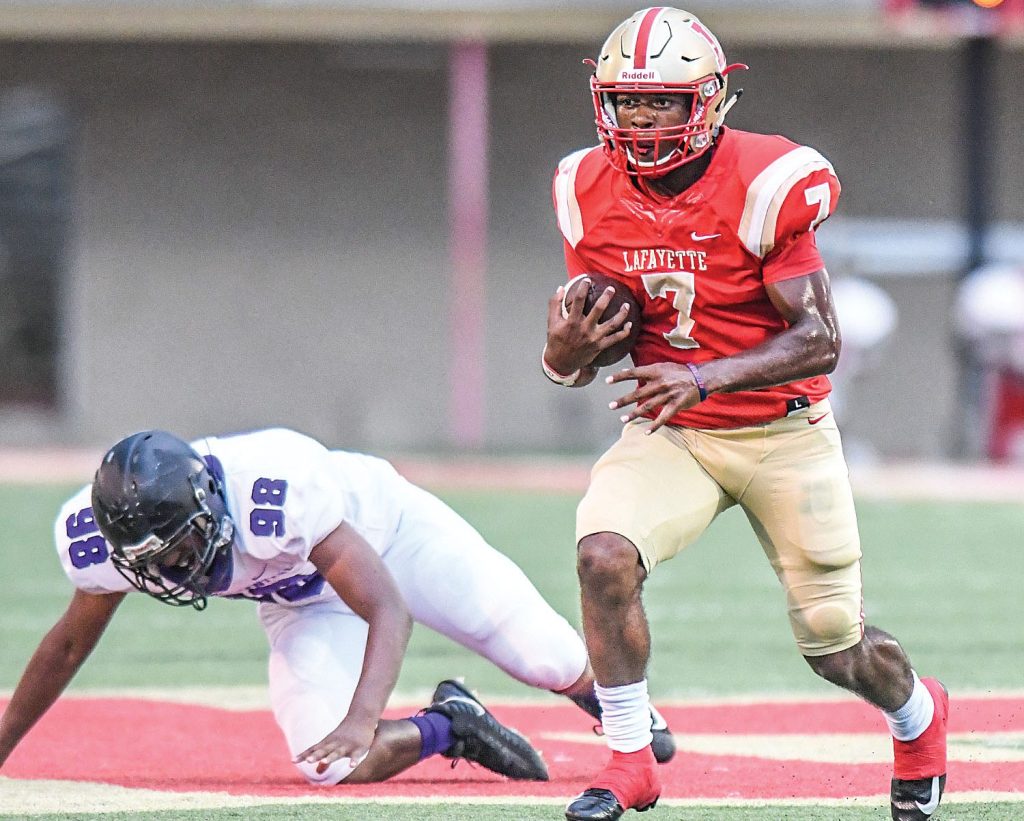 If anyone wants to get an idea of how the north will shake out in Class 3A this year, asking Lafayette head coach Michael Fair after next Friday could be a good place to start.

Lafayette starts a two-week stretch against teams many consider to have the potential to be playing for the 3A North Half title. Charleston comes to town on Friday at 7 p.m. (105.1 FM) with the Commodores making the trip to Sardis against North Panola in Week 3.

Fair is referring to Charleston’s DeAntre Prince and North Panola’s K.J. Jefferson. Prince committed to the Rebels in June and Jefferson picked the Razorbacks in May.

First and foremost on Fair’s radar is finding a way to stop Charleston and Prince, who’s a threat on both sides of the football.

In Charleston’s 38-0 season-opening win over West Boliver last week, Prince had two receptions for 43 yards and a touchdown and also rushed for 16 yards on four carries. Prince spent a little time under center, throwing for 23 yards and went 4-for-9.

“They can fly in every position,” Fair said of Charleston. “It’s such a testament to their school and the tradition that they have. I’ve played them for a long time and you can go back to the first time I played them to right now, they look the same, they run the same. You know what to expect and that doesn’t make it any easier. … Prince is special. They play him at quarterback. They play him at receiver. They’ll move him all over the place. You really need to know where (Prince) is.”

Last season, Lafayette (1-0) made the trip to Charleston (1-0) and came way with a 38-14 loss in Week 2. The schools began playing each other regularly in 2016 with the Commodores winning the first two contests.

The Tigers’ defense will have their first test of the season against a rejuvenated Lafayette running attack. In their 48-6 win over Cleveland Central last week, the Commodores had two players hit the century mark in rushing yards.

Quarterback Randy Anderson led Lafayette with 135 rushing yards with Jamie Shaw (104) and Lance Stewart (79) right behind. The trio combined for five of Lafayette’s six touchdowns on the ground as well.

“We know what we’re capable of as far as our (running) backs and our offensive line,” Fair said. “I feel like there’s a blueprint to success in high school football. This is what we did a couple years ago. We want to control the clock, we want to move the chains, we want to get first downs, and we want to really play hard-nosed defense. This is kind of the way we want to draw it up.”