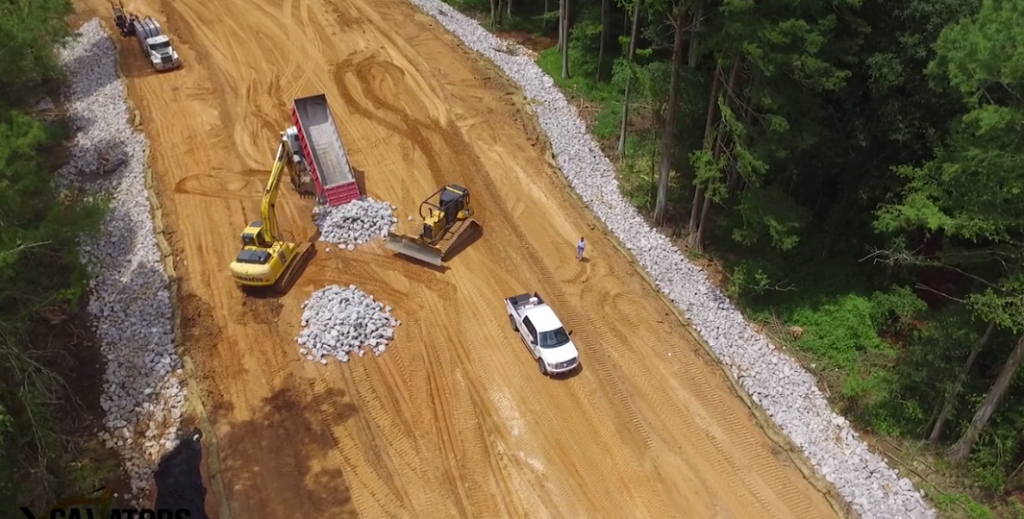 Those interested in the progress of the West Oxford Loop project can get a bird’s eye view of construction thanks to XCavators, Inc.

XCavators, Inc. is the Falkner, Miss.-based construction company tasked with doing the site work for the West Oxford Loop project, which will connect West Oxford Loop with College Hill Road. The $10.8 million project is expected to be completed by July 2019, according to the company’s website.

According to an October 2017 story in the EAGLE, a second phase of the project planned for the future would connect the road to Old Highway 7, or County Road 101.

Using a drone to film the entire length of the roadway, XCavators, Inc. posted a progress update to their Facebook page, with more coming soon. During Tuesday’s meeting of the Oxford Board of Aldermen, Mayor Robyn Tannehill discussed the video in her mayor’s report.

“If you want to see something really cool, look on Facebook at XCavators, Inc. They have a drone view of West Oxford Loop and the construction that’s going on,” Tannehill said. “It’s pretty fascinating to see.”

The video has more than 3,000 views, and details the road construction process. Viewers can see everything from dirt and gravel being distributed to the construction site to concrete bridge pilings being placed.

A partnership with the City of Oxford, Lafayette County and the Office of State Aid, the West Oxford Loop Project is one of XCavators, Inc.’s many projects in the LOU community. The company also worked on the new Ole Miss track & field facility and the Chucky Mullins roundabout.

Formerly known as Hill Brothers Construction, XCavators, Inc. has a team of more than 30 workers, many who have decades of experience in construction work. In addition to its work on the West Oxford Loop Project site, company also specializes in concrete drainage structures, stone and riprap placement, storm drain pipes and demolition and razing.