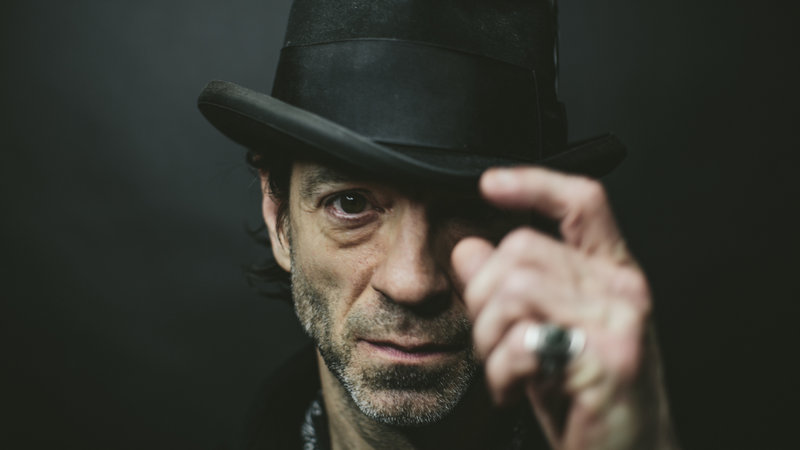 Travis Meadows, a Mississippi native and songwriter who penned hits for some of the biggest names in country music, is taking his work on the road, playing at Proud Larry’s this Saturday at 7 p.m.

Exposed to pain at a young age, with the death of a sibling, divorce of his parents and a battle with cancer at age 14, Meadows said he later channeled these experiences into his music, while struggling to overcome drug and alcohol addiction.

Meadows’ songs have been recorded by Eric Church, Kenny Chesney, Hank Williams, Jr. and Wynonna Judd, to name a few. Having someone love his songs enough to share them with the world, Meadows said, is a great feeling.

“I feel like a record, in some ways, is a snapshot of our lives, our viewpoints. We, as artists, spend a lot of our time trying to find our voice, and then we have to figure out what we’re going to say with it,” Meadows said. “Records are really important to artists. With that in mind, to know they love my song enough to put it on their project, it’s the highest compliment there is.”

With his current tour, however, Meadows said he’s providing concert-goers with a unique experience. In addition to promoting his most recent album, “First Cigarette,” he will also play many of the songs he wrote for others.

Baring his soul on the stage and explaining the real-life experiences behind his work is something Meadows said people can miss out on if they’re listening to the radio or listening to someone else.

‘A lot of times I tell stories about what I was thinking, where I was at when I wrote the song. There’s a lot that you won’t hear at other people’s shows,” Meadows said. “You’re going to hear the inspiration for why I wrote the songs and what I was feeling, and I’m really passionate about it. I give everything I’ve got at every show. It’s a roller coaster ride, a really moving experience.”

Saturday’s show will be his first at Proud Larry’s, and Meadows said he has a passion for playing the small stage. Playing in a more intimate setting, he said, creates an opportunity for connection with the audience.

There’s great power in being able to simply see each other’s faces, he said, as opposed to projecting to the back of the room and hoping someone pays attention.

“I dare say, without trying to sound too confident, I don’t think they’ll ever see another experience like this anywhere,” Meadows said. “The guy who wrote the songs, telling the stories about the songs, there’s just nothing quite like it. It’s a purer form of the heart of the song. I hope that doesn’t come across as haughty, because I’m not, but I believe in the power of these songs.”

Although he currently lives in Nashville, and has for years, Meadows said nothing beats the feeling that comes with being back in Mississippi.

“I’ve been to 30-something countries, and I still feel like the best food in the whole wide world comes from Mississippi,” he said. “With all the travels and with all the running with famous people and having them record your songs, there’s still just nothing like coming home.”