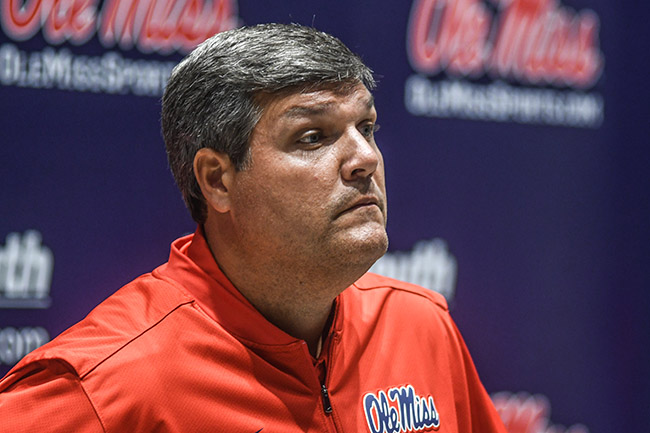 As Ole Miss joins the rest of college football in preparing to get another season started this weekend, Urban Meyer’s handling of abuse allegations against one of his former assistants at Ohio State still lingers.

The Buckeyes’ coach has been suspended for the first three games without pay following an internal investigation into how Meyer responded to multiple allegations of domestic violence against former receivers coach Zach Smith made by his ex-wife, Courtney Smith.

At Big Ten Media Days last month, Meyer denied knowing anything about the most recent accusation against Smith in 2015, which was detailed in a report by college football reporter Brett McMurphy with text exchanges between Courtney and Meyer’s wife, Shelley, before later admitting he knew about the incident but reported it properly. Smith, who also worked with Meyer at Florida, was fired last month while Meyer was placed on administrative leave during the investigation, but a controversial press conference held by the school to announce Meyer’s suspension Wednesday only raised more questions not only as to how the coach and Ohio State officials managed the allegations but how seriously they took them.

What safeguards are in place to ensure a similar situation doesn’t happen at Ole Miss? Speaking to the media for the first time since Meyer’s suspension was announced, coach Matt Luke said Monday he’s “very confident in what we have in place here.”

As university employees, Ole Miss’ coaches and administrators are required to report cases of domestic violence or any other abuse to the school’s Title IX office. Athletic director Ross Bjork said his department holds staff-wide meetings throughout the year to rehash going through the proper channels, which could include alerting local law enforcement depending on the situation.

Bjork said the school has been consistent in educating employees and student-athletes on abuse since he was hired in 2012. The NCAA added to it last year when it introduced a policy requiring member schools to provide sexual-violence awareness each year that has to be acknowledged by the chancellor and athletic director.

During a welcome-back event for all student-athletes held last week, Bjork said cards containing contact information for the Title IX office and law enforcement were passed out.

“What’s required is that people know where to go, who their resources are, who to call, who to go see, who the staff members are,” Bjork said. “It’s an awareness obligation.

“That’s our obligation is to hand it over to the proper authorities and we step out of the way.”