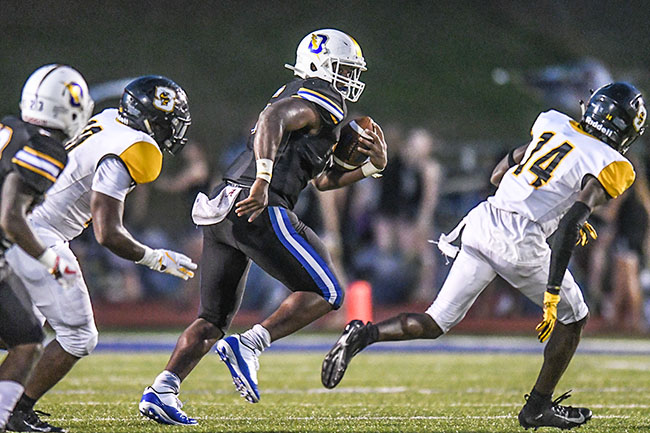 The third week of the high school football season is already here. Most teams have two games under their belt are starting to get an idea of how the season may go for them.

Oxford finally played a full game to not so positive results while Lafayette and Water Valley churned out decisive victories.

Here is what we learned in week two:

Chargers have work to do
This is not the same Oxford team that chewed up and spit out opponents on their way to three consecutive state championship appearances. The offense is still a work in progress and the defense is missing its senior experience from last year.

In their first official game of the 2018 season the Chargers hosted Starkville for the sixth annual Little Egg Bowl. The first quarter was competitive but the final three saw the Yellowjackets expose Oxford’s weaknesses on both sides of the ball.

Much like Warren Central had success against the Chargers’ run defense in the Red Carpet Bowl two weeks ago, Starkville’s ground game had similar results. Running back Rodrigues Clark led the Yellowjackets charge with 108 of their 184 rushing yards after giving up 161 yards to Warren Central in two quarters of play.

For the second straight week the Chargers’ offense also left much to be desired with 114 total yards against Starkville and one touchdown. Oxford’s only score came in their third drive of the game with quarterback John Meagher scoring on a three-yard run. Five other drives ended in turnovers.

Turning back the clock
The running game that brought Lafayette a state championship in 2016 has found its way back. In their first two games the Commodores have had multiple running backs eclipse the century mark in rushing yards.

Last week against Charleston the Commodores rushed for 364 yards and four touchdowns. Jamie Shaw rushed for 119 yards and Lance Stewart ran for 118 yards.

When Lafayette made it to the Class 4A state championship two years ago it was spearheaded by a ground attack led by Jamarcus Quarles. Two games into this season it appears the ‘Dores have rediscovered the secret formula after a dismal 2017 season.

Better than last year?
Each player and team should be better than they were the season before, but in Water Valley’s case they may be much better.

After returning to the playoffs with an eight win season last year, the Blue Devils are on pace to be a surprise team in 2018. With a win over Eupora in the season opener the Blue Devils traveled to Coffeeville and dismantled the Pirates before halftime of the annual Railroad Rivalry game.

With a potent offense and a defense that has held opponents to single digits through two games there is no signs of Water Valley slowing down as the season goes on.