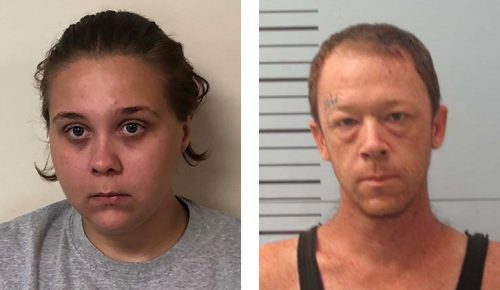 Officers with the Oxford Police Department made two arrests last week linked to auto burglaries in July and August.

On July 20, OPD took an auto burglary report at Walmart. During the investigation, it was determined that 23-year-old Brea-Anna Hill and 38-year-old Christopher Smith, both of Sardis, Miss. were together when they stole items from a vehicle.

Hill was identified on Aug. 22 and was arrested that same day by the Panola County Sheriff’s Department, who transported her to the Lafayette County Detention Center. Her bond was set at $5,000 by a Justice Court Judge.

Smith was also linked to separate auto burglaries, two at Walmart and one at Advanced Auto Parts between July 20 and Aug. 7. Smith was identified on Aug. 18, according to a statement from OPD. An arrest warrant was issued for three counts of auto burglary.

Smith was arrested by the Panola County Sheriff’s Department on Aug. 23 and transported to the Lafayette County Detention Center. His bond was set at $20,000 by a Justice Court Judge.