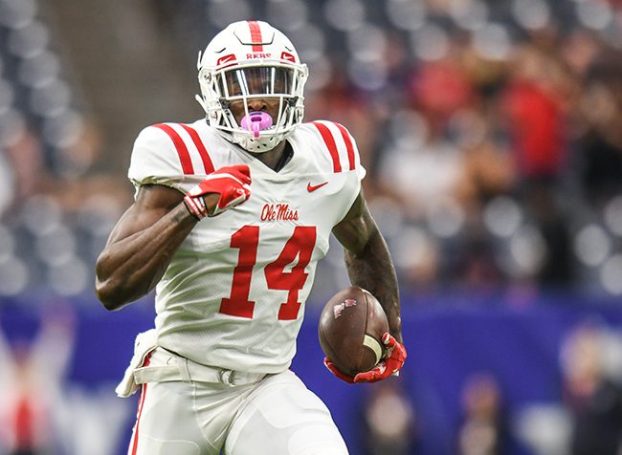 Ole Miss’ offense started fast and the defense held its own when it needed to. The Rebels defeated Texas Tech 47-27 in the Advocare Texas Kickoff  at NRG Stadium in Houston on Saturday.

Piling up 546 yards of total offense, Ole Miss (1-0) showed why they once again have the ability to score points at will.

It is the first time the Rebels had a running back amass 2oo yards or more since Brandon Bolden in 2010. Phillips’ pair of touchdown runs went 39 and 65 yards, respectively.

Metcalf recorded the first score of the season with a 58-yard touchdown reception on the second play of the game. Brown had a 34-yard touchdown catch in the fourth quarter.

The Rebel offense scored on their first four drives of the game. They could have put more points on the board but all four drives that found the red zone stalled, ending in field goals instead of touchdowns.

Texas Tech turned to freshman quarterback Alan Bowman early in the game after starter Carter McLane injured his left ankle and left the game in the first quarter. Bowman finished with 273 yards and a touchdown.

The Rebel defense forced Texas Tech to have a turnover on downs on their final three possessions of the game. The Red Raiders had four drives end as a three-and-out.

Ole Miss returns home next week to start a three-game home stand, beginning with Southern Illinois in the home opener at 3 p.m. on Saturday.

Ole Miss’ first appearance this season will come in front of a national television audience today when the Rebels takes... read more