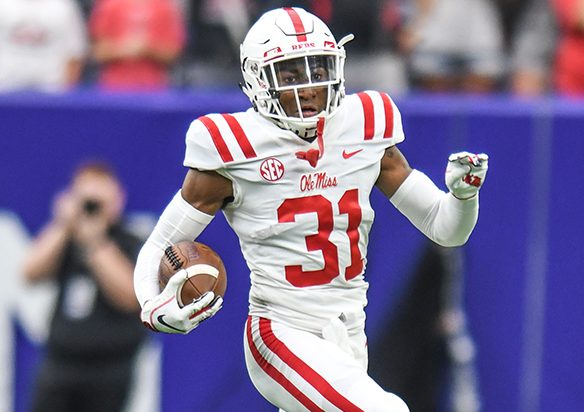 Ole Miss will be without one its top defensive backs and kick returners for the rest of the season.

Cornerback Jaylon Jones has suffered a torn ACL, according to a source. Jones, who underwent an MRI on Sunday, left Ole Miss’ 47-27 win over Texas Tech on Saturday in the third quarter after helping make a tackle. Jones was tended to on the field before being helped off by trainers.

Head coach Matt Luke will further address Jones’ injury during his weekly press conference today at 11:30 a.m., an Ole Miss spokesman said. With Jones out, seniors Javien Hamilton and Ken Webster are the likely candidates to take over as the starter opposite Myles Hartsfield at one of the deeper positions on the roster. Junior Jalen Julius and freshman Keidron Smith are also part of the rotation at cornerback.

Back at corner after starting seven games at safety last season, Jones finished with seven tackles and returned a kickoff 94 yards for a touchdown against the Red Raiders. Jones averaged more than 25 yards on kick returns last season and has returned two for scores in his career.