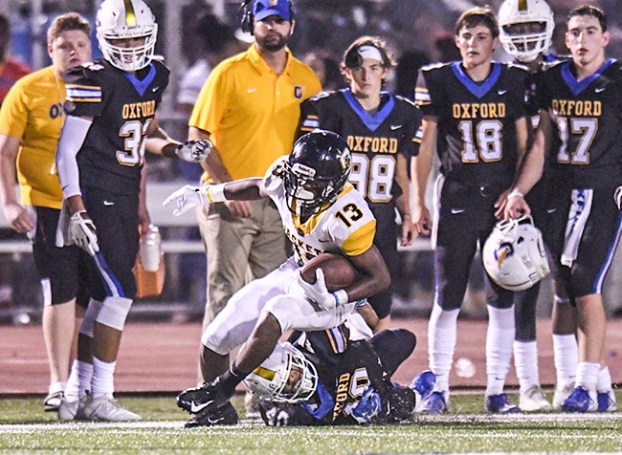 Starkville unanimous No. 1 in AP poll; Lafayette inches up

Things continue to look good for Starkville. After defeating West Point in last Friday’s meeting between the top two teams in the state the Yellowjackets (3-0) stayed atop the poll, earning all 11 first place votes.

There was plenty of movement up and down the top-1o with Hattiesburg taking over the No. 2 slot, moving up a spot. The largest jump came from Northwest Rankin. The Cougars moved four spots to No. 3 after defeating Pearl 42-0 last week. The Pirates fell out of the poll after being No. 6 last week.

With their 33-14 win over North Panola, Lafayette (3-0) crept up the ladder, tying Jackson Prep with 12 points and missing the top-10 by one slot. The Commodores travel to Oxford for the annual Crosstown Classic on Friday.

Hattiesburg stayed atop the Class 5A poll with West Point, Lafayette, Olive Branch (3-0) and Wayne County (2-1) right behind them.

In the Class 3A poll Water Valley (3-0) continued to receive votes with 23 points, finishing two spots out of the top-5.

The Blue Devils stay on the road with a game at Bruce this week.

Here are the complete MHSAA and MAIS AP Polls:

The season has reached the quarter mark. Yes, somehow week four is already here and there are only a handful... read more