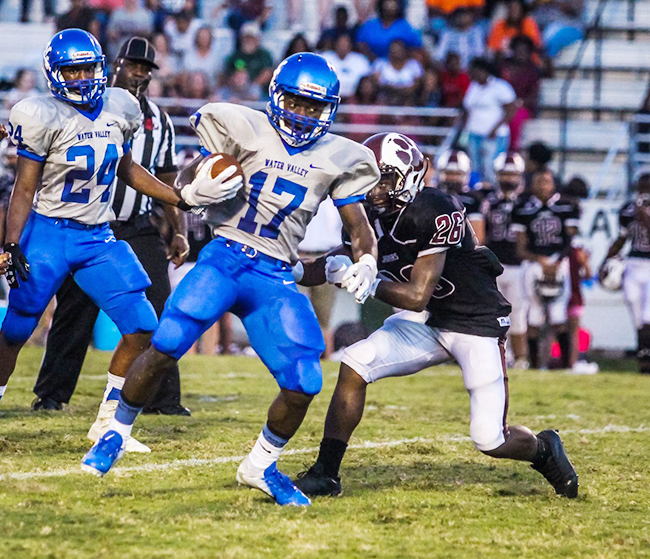 The season has reached the quarter mark. Yes, somehow week four is already here and there are only a handful of games remaining before teams start their slate of region games.

Last Friday was a positive one for all three area schools with Oxford, Lafayette and Water Valley picking up a win. Two teams they kept their early season momentum rolling while another got their season back on track after an up and down beginning to the year.

Here are some takeaways from week three:

Commodores are contenders
Lafayette came away with the biggest win of their young season on Friday, defeating previously unbeaten North Panola 33-14 on the road. The Commodores (3-0) handed the Cougars only their fifth loss in their last 30 games, dating back to the start of the 2016 season.

The decisive win proved Lafayette has returned to their winning ways of two seasons ago. With a dominant run game and a defense that limited North Panola quarterback K.J. Jefferson’s explosive and game-changing plays, the Commodores handled a potential Class 3A title contender with relative ease.

With four more rushing touchdowns, bringing their season total to 14 in three games, the Commodores ground game is showing no signs of slowing down. Randy Anderson also added another touchdown through the air to Brandon Turnage.

Defensively, the Commodores allowed their opponent to reach double digits for the first time this season, but they are still outscoring their opponents 122-28 in three games.
After their game at Oxford this week in the Crosstown Classic and West Point in two weeks after a bye, Lafayette should have a good idea of how the rest of their regular season will go.

Hot ‘Devils
It is getting close to that point of the season where Water Valley may have to be considered a pretty good football team.

With another dominant win last week over J.Z. George the Blue Devils (3-0) have yet to have a stressful game past the opening kickoff. In their second of three straight road games, Water Valley dismantled the Jaguars in a 41-6 victory.

After two weeks of the running game being the dominant force in the offense, Water Valley’s passing attack found its footing last week. Quarterback Blayne Clark threw for 110 yards and two touchdowns against the Jaguars.

If the offense can continue to be that balanced and that successful, something Water Valley has not had in several years, then the Blue Devils might be a scary team come November.

Bounce-back game
The first two weeks of the season were interesting for Oxford. After having their season opener against Warren Central ruled a no contest due to weather, the Chargers returned home and were dominated by No. 1 Starkville in a 56-7 loss.

Going back on the road last week proved to be more fruitful with Oxford coming away with a surprising 39-0 victory over Grenada.

After giving up the most points in a game since they gave up 52 points to Starkville in 2014, the Oxford defense responded by shutting out the Chargers of Grenada. They also created three turnovers on three consecutive plays. Each of them resulted in points for Oxford.

Getting the defense back in check was crucial with a red-hot Lafayette offense coming across town on Friday.