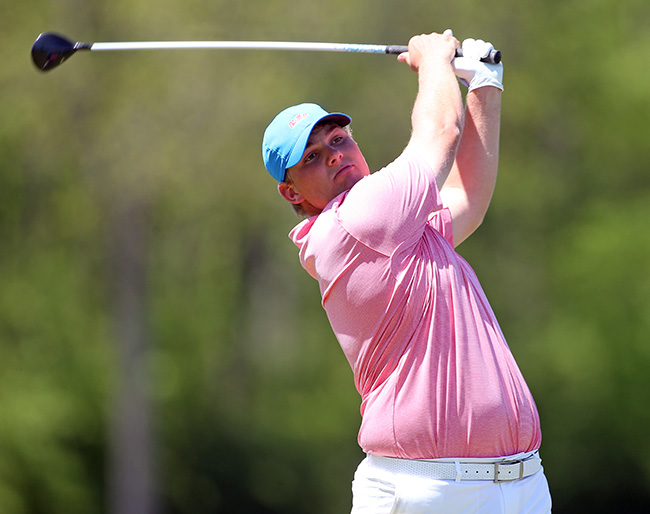 Braden Thornberry’s final season at Ole Miss begins this weekend. It may surprise some that he has stayed in college this long, but if you have been in Thornberry’s inner circle it comes as no surprise.

While conversations were had and questions asked by the media over the past year and a half, Thornberry always had a plan.

“I thought about turning pro multiple times but I was never leaning towards it,” Thornberry said. “We kind of did pros and cons for each way and I just never saw a reason to leave then versus now and I think it makes sense.”

Now, the Rebels’ most successful golfer in program history is entering his senior season at Ole Miss and ready to put a final stamp on his career. Getting to this point was a road paved with many opportunities for Thornberry to turn pro, yet he never gave in to the temptation of life on the Tour circuit.

The first real opportunity presented itself last year. After winning the NCAA championship, Thornberry sat in the Oklahoma City airport and had the first of many serious discussions about his future with Ole Miss coach Chris Malloy.

“I’d say we’ve been lucky to have Braden here this long,” Malloy said. “I just told Braden in that conversation that, ‘We will support you in whatever you’d like to do and whatever is best for you, but we have to communicate.’ Fortunately for him he’s leaned on us and the communication has been absolutely as good as you could ask for. He had tough decisions along the way but he had his own timeline for what’s best for him.”

Since then Thornberry has played in five PGA events, including The Web.com Tour’s North Mississippi Classic last spring at The Country Club of Oxford. The best result was a top-five finish in the 2017 FedEx St. Jude Classic in Memphis. Thornberry even got experience at the highest level, competing in this year’s U.S. Open at Shinnecock Hills in New York.

While playing in the U.S. Open, Thornberry took the opportunity to chat with PGA professionals such as Kevin Kisner and Brandt Snedeker with the latter playing the first round of the championship with Thornberry.

None of it was enough to lure Thornberry away from school early like so many have done, including former LSU golfer Sam Burns who turned professional last September, forgoing the rest of his collegiate career.

“You can only do college once,” Thornberry said. “You have your whole life to play golf. There’s 25 years you can play the same tournaments year after year. You have a limited time that you can play college tournaments and have teammates that you’re rooting for and who are rooting for you. I didn’t want to waste an opportunity to do that. I’ve had friends turn pro early and have success, which I think is awesome. I think that would be cool if I did that, too, but at the same time, I think they’re missing out on part of life they can’t get back.”

This plan that Thornberry has had in place is starting to take shape with him competing in Web.com Tour qualifying events at the end of this year. If Thornberry places inside the top-40 at the qualifiers he will automatically turn pro and not return for the Rebels’ spring season, but if he fails to do so then he will come back to finish up school and turn pro after the NCAA championships in May.

Whether his run at Ole Miss ends in December or May, Thornberry has left his mark on the program as the most decorated player in history and leaving a legacy that may not be understood until years down the road.