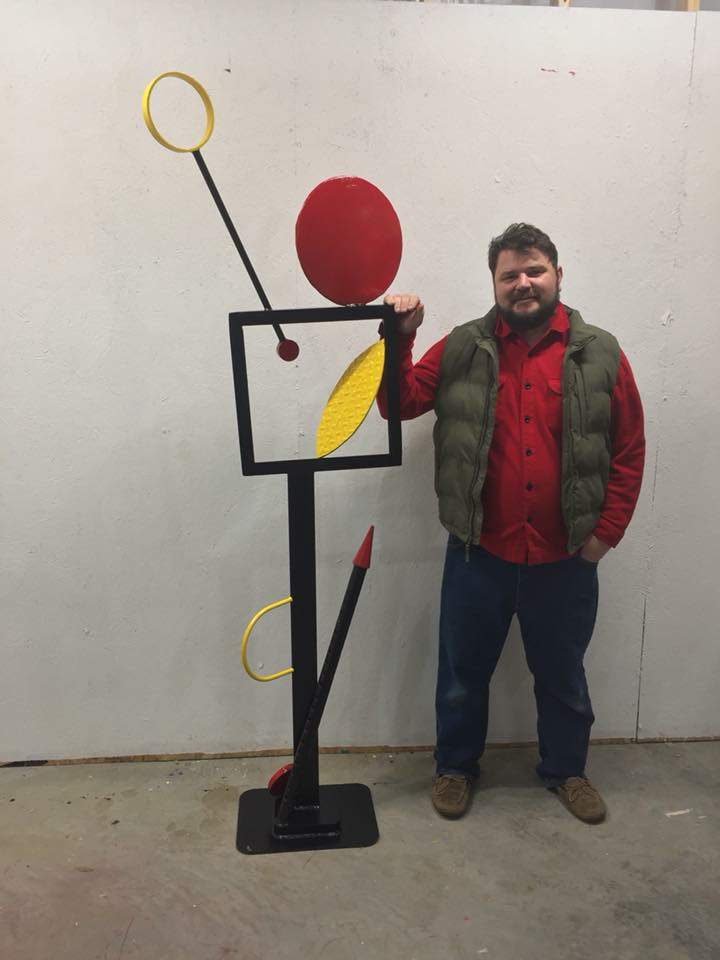 Earl Dismuke is known around the LOU Community for his larger-than-life abstract expressionist sculptures, but his work will soon become more widespread thanks to a $5,000 grant from the Mississippi Arts Commission.

A Winona, Miss. native, Dismuke said he plans to use the grant money to fund materials for new sculptures and help pay for his trip to the International Sculpture Center Conference in Philadelphia, Pa. in October. Dismuke has one piece on display at the Oxford Treehouse Gallery, but said his ultimate goal is to create more pieces for display throughout the LOU community.

“I intend on building work to show the public. I hope to… show in other places around the South,” Dismuke said.  “When I found out about the grant, I was elated. It was an answered prayer.”

Dismuke has been instrumental in the creation of the Yokna Sculpture Trail, as well as the University of Mississippi’s latest sculpture exhibit, “A Long Road Back,” by George Tobolowsky.

This year’s ISC Conference will be the second for Dismuke, who described communing with fellow artists as one of the best things he’s ever experienced. Attending the 2017 ISC Conference instilled in him a sense of belonging, he said.

“(Being with other artists) is like being with your tribe,” Dismuke said. “It’s a breath of fresh air to be around that many sculptors in one place, to get to feed off their energy and learn what they’re doing and hopefully be able to share what you’re doing as well.”

Spending as many as five or six nights a week in the studio, the father of four said the majority of his sculptures are inspired by everyday life.

Dismuke works primarily with steel, wood and cast aluminum, as well as other found objects. Depending on the depth of the story behind a piece and its size – some of his sculptures are over 12 feet tall – Dismuke said his projects take anywhere from two nights to four months to complete.

The late nights are all worth it, he said, when a sculpture is taken out into the world.

“As an artist, I’m trying to tell some sort of story. I don’t necessarily want you to know the entire story, because I think that when an artist and viewer connect is when the viewer is able to bring a little bit of themselves into a piece,” he said. “That’s where the magic happens. Art is subjective, so not everybody is going to like everything you do, but I have gotten some positive response. I’m enjoying this presence, this time and space right now.”