What Nick Saban said ahead of Ole Miss – Alabama 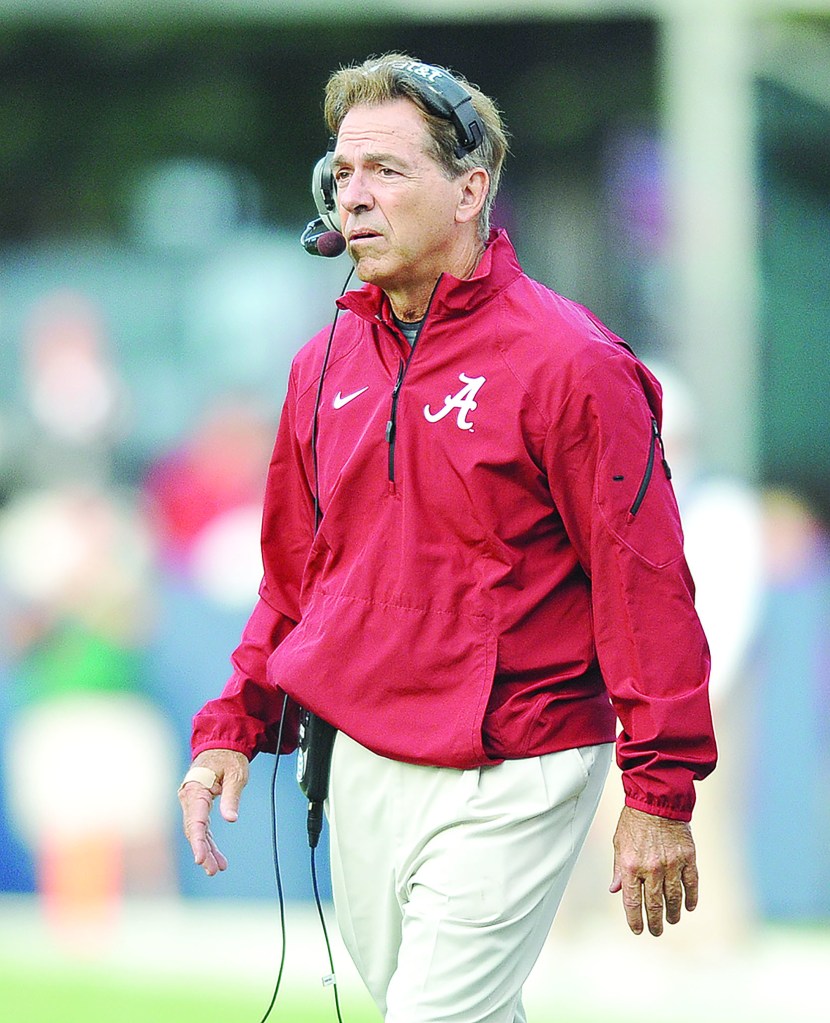 Wednesday was the weekly teleconference for all Southeastern Conference football coaches and Nick Saban spoke to the media ahead of this Saturday’s game against Ole Miss (6 p.m., ESPN).

The Alabama head coach was asked his thoughts on the run-pass option (RPO) and Northwestern head coach Pat Fitzgerald’s comments, calling it a ‘form of communism.’

“I think (RPOs) are very, very common,” Saban said. “We’ll face every form of RPOs that there are in the history of all this week against Ole Miss. We’ve had a lot of success ourselves running them. They do create tremendous run-pass conflicts for defensive players.”

The Rebels’ offense was a key topic during Saban’s allotted 10 minutes. He was very complimentary of the wide receivers and quarterback Jordan Ta’amu. This will be the first time Alabama’s defense will have seen Ta’amu. Shea Patterson faced the Crimson Tide before suffering his season-ending injury and Ta’amu did not play in last year’s meeting in Tuscaloosa, Ala.

“(Ole Miss has) a scheme on offense,” Saban said. “They do a really good job of executing it. The thing about their receivers is they’re very physical and they got really good speed outside. A.J. (Brown) is a classic, big slot receiver who uses his body well and has great, strong hands and is difficult to cover. (Ta’amu) is an accurate passer. He’s a good decision maker and does a good job of running that offense. They’re very effective.”

“He’s very instinctive when it comes to the passing game. When it comes to moving in the pocket. When it comes to keeping his eyes downfield,” Saban said of Tagovailoa. “I think those numbers don’t come just because of the quarterback. Obviously, it’s a good plan by the offense. …He’s done a good job of hanging in there and throwing the ball and being effecient on third down. I think it’s a critical part of the game that we put a lot of emphasis on here.”