Lafayette travels to No. 4 West Point for key 1-5A matchup 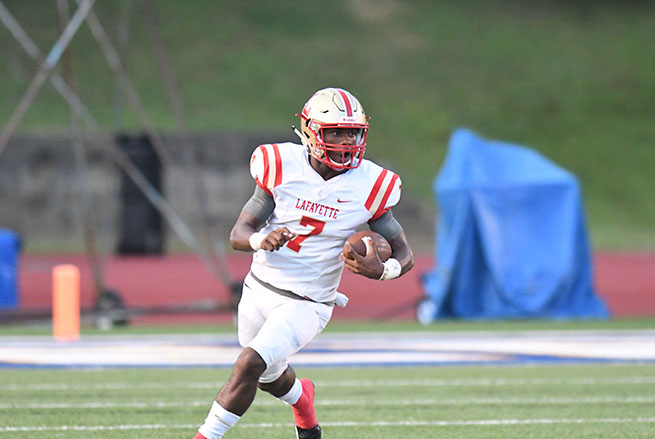 Both teams are looking to gain the early advantage in the region with many calling this a potential preview of the Class 5A North Half title game in November.

For Lafayette (3-1) it has been a long two weeks of practice, putting their 29-27 loss to Oxford in the Crosstown Classic on Sept. 7 behind them.

“After the disappointment of the Oxford game we were all sitting around saying, ‘I wish we’d have played (last week),” Lafayette head coach Michael Fair said. “Right after the emotions were still kind of fresh we wished we’d have had a game to get ready for, but as we went through and started working on ourselves and correcting some things and kind of easing into West Point, I really think it helped us.”

Tonight marks the second run through Class 5A for Lafayette. The Commodores did not make a great first impression last season, finishing 3-4 and missing the playoffs by one spot.

When Lafayette and the Green Wave (3-1) met last year at William. L. Buford Stadium, the Commodores struck first, but West Point went on to a 49-14 win to open region play.

The two teams have been well scouted, with West Point head coach Chris Chambless checking out Lafayette at the Crosstown Classic during the Green Wave’s bye week and Fair checking out West Point in their 41-0 win over Noxubee County last week.

“They are as advertised,” Fair said of West Point. “They don’t have a good team, they have a great program. What I mean by that is they’re always good. …I think you get to kind of see size a little bit when they’re out for pregame, but you get so much more from film than you do (seeing them live).”

West Point is on the hunt for their third consecutive MHSAA Class 5A state champsionhip, but the team is not the same Green Wave of the past two years. This year, West Point is replacing offensive weapons Marcus Murphy at quarterback and Chris Calvert at running back.

Senior Jake Chambless is Murphy’s successor and leads the Green Wave offense. Chambless has thrown for 228 yards and three touchdowns along with one interception in four games.

Juniors Dantarius Cannon and Brandon Harris lead the run game. Cannon has a team-high 245 rushing yards and one touchdown and Harris has 243 yards and four touchdowns.

The Green Wave also have two other players with over 100 rushing yards. Senior Kameron Martin has a team-high five rushing touchdowns and 142 rushing yards while junior Jimothy Mays has one touchdown and 130 rushing yards.