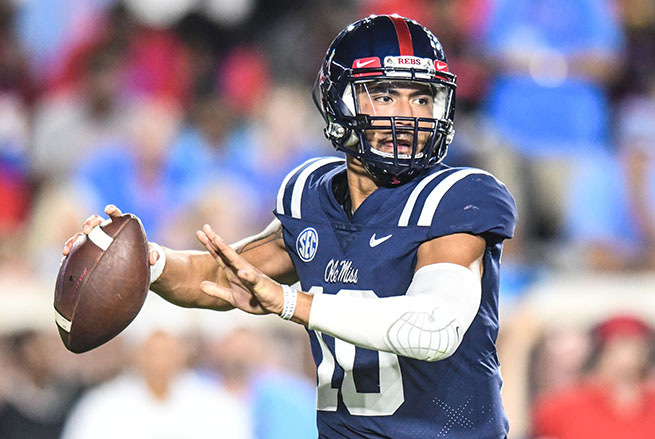 For Ole Miss this week has been about one thing, getting past the 62-7 loss to Alabama.

“Therapeutic,” Ole Miss head coach Matt Luke said to describe practices this week. “That’s the only way you can get the bad taste out of your mouth is to go back to work. They’re all competitors and they all want to win. I think the important thing is we stick together as a team. We block out the outside noise and you move forward.”

The Rebels (2-1) are leaving conference play for a week, hosting Kent State for the first meeting between the two teams on a football field on Saturday (11 a.m., SEC Network).

The opponent may not be from inside the Southeastern Conference, but Luke and his staff have made sure this week was handle more maturely in terms of preparation than maybe any other week this season.

“Our two best practices of the year have been Tuesday, Wednesday, so I’m excited about that,” Luke said. “It was really hot outside and they weren’t complaining. They just did the work and I was impressed with that.”

This Saturday will be the third time the Rebels have played a team out of the Mid-Atlantic Conference (MAC). Ole Miss is 2-0 against current MAC members.

The Golden Flashes are led by Auburn transfer Woody Barnett.

Barnett went to Auburn out of high school and redshirted his freshman season before making the move to Kent State.

In three games, Barnett has thrown for 602 yards and four touchdowns. He’s also rushed for 117 yards and two scores.

“Just watching their offense, very impressed with (Kent State’s) scheme,” Luke said. “They’re up-tempo, a lot of screens. They really spread you out and get rid of the ball fast. I’ve been impressed with them on tape.”

Kent State’s offense could pose a problem for an Ole Miss defense that has started games slow this year, giving up 16 first-half touchdowns in three games.