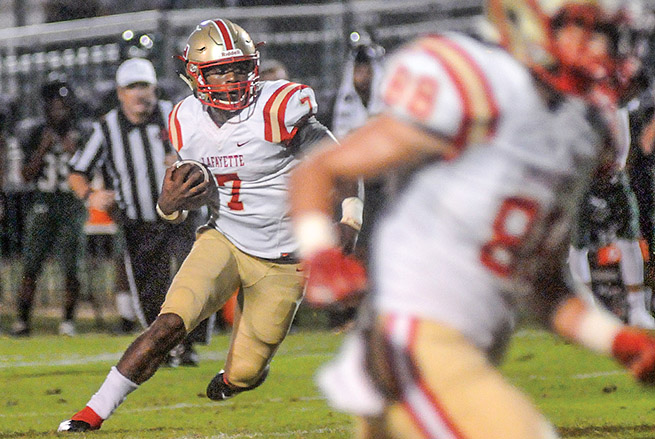 Just days removed from their 1-point loss to West Point, Lafayette is not allowing heartbreak to fester and create further problems this season.

Instead, the Commodores went back to work on Sunday and put last week in the rearview mirror.

“When we got out there Monday it was one of those days where everybody was ready to start practice,” Lafayette head coach Michael Fair said. “I was very proud and we’ve had one of the best weeks of practice all year. I’m excited about how they’ve handled that and digested it.”

There is still plenty to play for and all goals are still in front of the Commodores (3-2, 0-1) despite dropping their Region 1-5A opener. The goal for Fair and his staff was to make sure the loss at West Point does not defeat the team twice, putting Lafayette in a deeper hole to begin region play.

The allure of a trap game is there as Saltillo comes to William L. Buford Stadium on Friday for homecoming (7 p.m., 105.1 FM).

The season has not started off well for the Tigers (1-5, 0-1) and head coach Ryan Summers. Summers is in his first year as head coach after being promoted to the post, replacing former head coach Pat Byrd.

Saltillo is coming off a 26-6 loss to Olive Branch after earning their only win of the season against Baldwyn on Sept. 14.

A three-headed rushing attack from the Tigers is the biggest threat for the Lafayette defense. Murphy, Darrell Anderson and Alex Blassingame have all rushed for more than 250 yards this season. Blassingame and Murphy each have three rushing touchdowns and Anderson has scored two.

In the passing game, Murphy and Drew Medlock have shared quarterback duties. Murphy has thrown for 152 yards and a touchdown and Medlock has passed for 111 yards.

“I called coach (Summers) the other day and gave him one of the best compliments I could give him. I told him his team plays so hard,” Fair said. “It’s obvious when you watch film on them that they’re well coached and their effort is just really, really good. If you mess up, they’ll let you know you messed up, on both sides of the ball.”