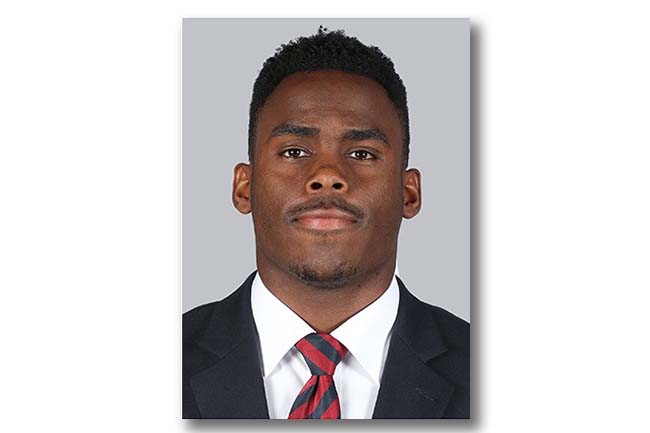 Ole Miss’ depleted defense is running low on starters and having to tap into its reserves.

C.J. Moore suffered a torn pectoral against LSU and is out for this week against ULM. Moore could be out for an extended period of time and possibly the rest of the season once doctors take a closer look at the severity of the injury.

It is the second time Moore has suffered a pectoral muscle injury while at Ole Miss. The senior tore it during fall camp in 2016, causing him to miss the entire season and use a medical redshirt.

“You don’t replace a guy like C.J.,” Ole Miss defensive coordinator Wesley McGriff said. “It’s really difficult to replace a young man like that. Particularly the value he brings off the field. On the field you can see him getting better every single day.”

It is the third substantial injury the defense has experienced this season. Jaylon Jones was lost for the season against Texas Tech and Montrell Custis suffered a season-ending injury against Alabama.

With Moore out for the foreseeable future, it presents an opportunity for Armani Linton. The junior running back is being shifted over to defense to fill Moore’s spot at safety. Linton was a backup defensive back his first two seasons and then moved to offense this year.

“The biggest thing is (Linton’s) certainly going to have to get ready to play this Saturday,” McGriff said. “The positive is he’s already had some time on defense. The defense hasn’t changed much from last year. So, in terms of knowledge-wise, he’ll be a plug-and-play guy. It’s not going to take much to get him caught up on the mental side.”

From colleagues to foes
When Ole Miss’ offense lines up against ULM’s defense on Saturday there will be a familiarity to each other’s playbook.

The pair spent two seasons together in Huntsville, Texas before Collins left in 2016 to become the Warhawks’ assistant coach and defensive coordinator.

“Watching (ULM’s) film reminds of two years of practice at Sam Houston State,” Long said. “He was a headache every day in practice with what he did. They do a lot of things and it will keep you busy mentally. That hasn’t changed. He wants to challenge you.”

Injury report
Luke noted receivers A.J. Brown and D.K. Metcalf would be fine for Saturday after dealing with cramps against LSU. Metcalf’s injury scare last Saturday with his leg was not as major as originally feared by the training staff.

Defensive end Victor Evans may also return to the field this Saturday.